Policy makers have, for some while, wanted to see GPs spending less time attending to minor ailments like sore throats, hay-fever and constipation — conditions which patients can often treat themselves with the help of their local chemist.

Certain medicines — once available only on prescription — are now being sold in high street pharmacies while previously ‘pharmacy-only’ products are being licensed for sale in supermarkets, corner shops and even petrol stations.

In the ten years preceding 2002, around 50 ‘POM to P switches’ were approved (that is, prescription only medications being licensed for sale in pharmacies). Two years on, the government voiced its intention to double this number.

This ‘direct to consumer’ initiative has forced pharmaceutical companies to abandon the plain white boxes, aimed solely at medical professionals, and develop consumer-oriented brands. For while GPs have been trained to think in terms of ‘active ingredients’ or ‘molecules’, consumers are more receptive to branded solutions. They often don’t know — or care — what specific chemical is indicated for their condition. They are buying a promise — of relief, if not cure.

One of the challenges for a quallie working in this sector is that, as soon as a product is identified as a candidate for de-licensing, competing manufacturers (and often own label retailers) need to commence their brand building process — wanting to research identical categories of medicine — simultaneously.

It can be frustrating to experience a light workload for a few months, and then to be approached by three different companies in the same week, all wanting to research competitive remedies. ‘Conflict of interest’ obviously means that commitment to one precludes involvement with another (and isn’t it always the way that the second or third invitation to pitch will be a bigger, better or more profitable project… the one you really wanted to work on?).

Recruiters must be equally affected. Suddenly, everyone wants to talk in-depth to migraine or asthma sufferers, or those with ulcers (depending on what the drug under the spotlight is). It can be challenging at the best of times finding regular sufferers of a specific condition (or loyal users of a particular remedy). Suddenly, if you can track them down, there’s a good chance they will already have been recruited to take part in another group discussion on the same subject the previous week.

As in consumer research, pharma clients are becoming pickier about exactly who is recruited for their groups and depths. Women who have taken the Morning-After Pill in the past year just aren’t enough. Now they need to have taken it more than once in the last six months, and predict they might take it again next year.

In markets where, historically, manufacturers have aimed their advertising (and thus their research) spend at buyers and influencers, rather than sufferers, working out how to define a target respondent can be challenging.

Recently, a client manufacturer of Light Boxes for Seasonal Affective Disorder (SAD) wanted to recruit sufferers who might benefit from using its products. We were told, however, that said sufferers wouldn’t necessarily know they suffered (specifically from SAD), might never have heard of the condition and certainly might not have come across the concept of Light Therapy.

Another client wished to research sufferers of sleeplessness. After the first project, we had to ensure we subsequently checked their ‘severe sleeplessness’ was something they wanted to overcome. A frustrating first session revealed a couple of ‘sufferers’ who didn’t want a remedy, appreciating instead the amount they got done at night — ironing, hoovering and so on — rather than wasting time sleeping. Perhaps we should have recruited their partners, because it’s a wonder how they managed to sleep through the ensuing racket.

One of the (really quite scary) aspects of being a moderator in this field is the patient’s lack of knowledge — and sometimes unwillingness to know — about their condition. Clients have had to take respondents aside for a chat at the end of a group because they have been dangerously mis-using a medication (based on comments in the group).

I’ve even heard respondents confidently advising the rest of the group that the ‘best’ way to treat x is to … They then give incorrect information, or advice which is even potentially harmful. Again, a few words after the group is necessary to ensure attendees process such advice with caution.

There are, of course, always different approaches to treating many OTC conditions. One of the joys of working in this field is the ability to recognise the spectrum of views, opinions and approaches with regard to managing a specific condition.

In groups among doctors, for instance, it’s always fun to ask at the outset about a treatment protocol. GPs, like toddlers, are nothing if not adamant about their own thinking. Their visible disbelief, when a colleague describes their own totally different way of doing things, is fascinating to watch.

The finest OTC pharma projects are, for me, those where we need to explore the perspective of doctor and patient (usually separately). Doctors’ views of what they believe their patients think, and patients’ own opinions, can be poles apart. Finding a solution for advertising and promotion which appeals to one target without utterly alienating the other is indeed the Holy Grail. 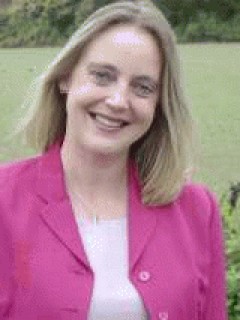