What impact might networking sites have on qual? Well, it’s complicated says Helen Brown, not least because users might seek out researchers

To this day, I am fascinated by our almost taken-for-granted expectation that we can find not just one marmite eating, single mum of child aged 2-4 with a guinea pig in the garden, but can conjure eight of them into the same room at the same time.

I have been watching with growing excitement as sites like Facebook have been offering up ever more powerful tools for seeking people out and intrigued as to the limits of their potential for revolutionising qual and its recruitment.

The beauty of social networking sites is that they let people forge connections through common interests and lifestyle as well as basic geographical proximity. Everyone has their own profile page where they share various standard categories of information including their location, age, school, religious beliefs, favourite music, TV and books, etc., as well as more sophisticated ‘applications’ for sharing and comparing opinions and experiences.

Site aficionados can also use a search tool to locate others based on any of the criteria featured in their profile. Importantly, for many users this sharing and expressing of personal information, both significant and mundane, is not simply a means to an end — a single information dump to set up a profile — but an ongoing daily process that forms a key part of their social interaction. They’re positively eager to expound.

And so it should be easier to track down people with attributes similar to one’s own and — so you would think — one’s recruitment spec. If you wanted a London communist with a penchant for Star Trek Voyager…in theory, you could find one (there are probably loads).

Thinking of the future, this sort of interaction could surely yield untold wonders. You could offer users an application with which they could publicly state, share and compare ‘their brands’, or ‘their shopping’. And then, what about if you added an opt-in ‘happy to do research’ button…? Well, you’d just type in your spec to the search tool, and start arranging date and time.

And there is further magic to Facebook. In addition to their own individual page, people can actively form their own ‘groups’, around a particular cause or issue to which they wish to affiliate. These range from the steely-eyed gatherers of forces for political activism, to groups representing the inevitable consequences of ever lower barriers to public expression, i.e. the ‘Coco Pops rocks my world’ society.

In qual, we often want to inject an element of debate or conflict into our groups/interviews. Aren’t Facebook groups, comprising self-identified enthusiasts/rejecters, offering us the chance to find leading edge, opinionated individuals about any topic under the sun, on a plate?

Of course, it’s all a bit more complicated than that. Rightly complex privacy rules and fears of Facebook’s impending demise through over-commercialisation put limits on what’s achievable at present. But equally, Facebook is far from unaware of the potential applications of its networking prowess, and actively promotes a plethora of targeted marketing and survey research tools (e.g. FB polls) to its business users.

For recruitment drives, a multitude of graduate employers in particular have ‘got onto’ Facebook — unsurprising given its genesis as a university-based network. Companies from Ernst and Young to the CIA National Clandestine Services are both ‘actively’ seeking out individuals from the right universities with the right degrees using the search tool, and ‘passively’ setting up their own space with career information and CV drop off point, using Facebook to let candidates come to them.

So why not Facebook focus group recruitment? There doesn’t seem to be much of it about. From brief chats with recruitment agencies, it seems that while some recruiters may be using generic chatroom message boards to attract respondents, at the moment Facebook is still too difficult to use either legally or effectively to justify using it over other methods.

However, on doing some virtual digging, I did find a couple of US qual recruitment firms, essentially using Facebook as a sophisticated advertising platform: e.g. a Facebook group entitled ‘Focus groups’ by Zumara Systems Inc.’ which users can join if they want to: ‘Register to receive Notifications of upcoming Market research/Focus groups in your area. Great for students.’ Fill in a profile on a separate site, and they find you research groups that fit your age/behaviour (incidentally, if you’re short of cash, the ‘Guinea Pigs’ group signs you up for paid clinical trials in the same way).

These efforts, however, aren’t quite the research-rich social networking utopia I had in mind, with single digit member numbers, no integration with pre-existing user information and, frankly, an air of seediness. And so, while there may be significant potential for growth and collaboration with the Facebook world, we’re certainly not there yet.

But what even these first forays into Facebook do is pose a serious question about its potential to allow individuals to actively make themselves available for research. These days, we’re all aware of the growing numbers of marketing/research savvy groups, and we’re moving further away from thinking about ‘respondents’ towards empowered ‘participants,’ and ‘dialogues’. I suspect, though, that we’re more comfortable with this in relation to the group or interview context than the recruitment process; not least because of methodological issues with self selection and the risks of growing numbers of ‘professional’ respondents.

As interactive media grow ever more pervasive, however, we may be thinking less about how to find those niche individuals, and more about what to do with them if they find us first.

Helen Brown
This article was first published in InBrief magazine, May 2008
Copyright © Association for Qualitative Research, 2008 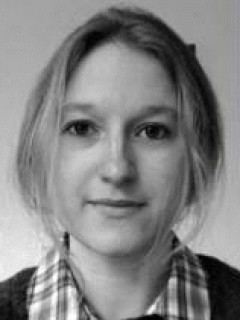