David Penn, managing director of Conquest Research, is up for four gongs at the MRS Awards. So what makes him tick?

What sort of qualities do you value in researchers?

I always look for them to be interested in stuff, beyond the jobs that they do. It can be anything: books on business, philosophy or psychology or an interest in the arts. Anything that gives them a better perspective, a bit more context. You have to look to other disciplines. See what they're up to and draw from that.

What sort of qualities do you value in clients?

I really appreciate a brief that allows you space to breathe, that shows they genuinely value your thoughts and opinions, and don't insist that you do everything in the same. It's much more rewarding to work with a client who treats you as a partner rather than a supplier.

iPhone definitely. I like the look of it, the functionality, the touch screen. Have to say I'm more of an iPad than an iPhone person. But I like Apple technology, I find it very intuitive. I don't think the BlackBerry phones look very nice. Facebook or Twitter? Twitter is a bit more cerebral. I like the idea of putting down your thoughts in 140 characters. Facebook is very solipsistic, very self regarding — people obsessively want to put out an image of themselves — maybe I'm just a bit old but I find it rather odd.

Which contemporary writers on marketing and/or social phenomena do you rate and why?

I draw the boundaries quite wide on that. Someone like Antonio Damasio, who is not really a marketer but involved in neuroscience, has been hugely influential on the world of marketing. Likewise Gerald Zaltman, in the States, a Harvard Business professor. More recently, the guys who wrote Freakonomics, Steven Levitt and Stephen Dubner, and the author of Predictably Irrational, Dan Ariely.

Are there any other books or podcasts you'd recommend?

I would recommend a fantastic book called Splendors and Miseries of the Brain, by Semir Zeki. It talks about the brain in terms of output rather than input, about how you can understand brain concepts by looking at literature, music and art rather than wiring people up, and putting electrodes on their head. It's not a book about marketing or advertising, but when you read it you begin to think about brands like Apple, that have this kind of semi-religious feel and really connect with people.

What are your qualitative pet hates?

I'll tell you what my real qualitative pet hate is, quallies who think they're more important than respondents. If I could I would outlaw the whole idea of qualitative gurus, because once you set yourself up as one, you might as well stop doing groups and get paid for doing speeches. Many senior qualitative researchers seem to enjoy talking about themselves more than other people. And that is a bad, bad sign, it shows a lack of empathy and humility.

Interestingly, both. I think online focus groups are often a joke. I could not recommend them to anyone based on what I've witnessed. But online blogs, bulletin boards, and communities — yes, I'm a big supporter. Focus groups, I think, are much better done face to face.

How do you see the future of market research?

I can foresee a lot of problems with online, just in terms of getting cooperation. How will you get people to continue to engage with these surveys without paying them very much? I worry that clients have flipped over from the old mindset "that they want things to be good value but to be good quality", to sod it, "it's so cheap, let's do it anyway". The real dilemma will be how to continue the move online while charging enough so as not to compromise quality.

What about social media listening?

It's another big issue. People say: don't worry about the representativeness of it. And you think, I wonder why? The reason is, it's not strictly representative of anything in particular, but rather a load of random conversations that you happen to have tuned in to. It is kind of worrying, therefore, if listening takes the place of asking questions, and the current fashion in MR is almost to say, don't ask questions just listen. And I don't see how one can ever substitute for the other.

Research as a career, burning desire or serendipity?

It wasn't a burning desire, but sounded like something it would be interesting to try. I soon discovered that it was. Someone once advised me: pick an interesting career, but look elsewhere for a hobby. If you enjoy art don't become an art dealer, go and look at pictures — and I think there is some truth in that. While I find marketing and advertising market research really fascinating, I don't think they're the most interesting thing in the world (sorry!).

Your website mentions tools for measuring contagion, but what is it?

It's simple: It's how ideas spread, the mechanism by which ideas spread and the reason why they do so. Recently I have been thinking a lot about the mechanics underpinning social contagion and honing our new research tool "InfeXious", which can predict, measure and explain this phenomenon of virality.

What's the elephant in the room?

It's the old issue of using qualitative research to measure emotion. We used to think that qual was the answer when researching non-rational emotional things, but if you read neuroscience it clearly isn't. Focus groups are often more likely to produce a rational rather than an emotional response. When you are measuring emotions, you really want an unmediated response. And by putting a moderator in the way it lessens the chance of getting that response. That, to me, that is the elephant in the room. 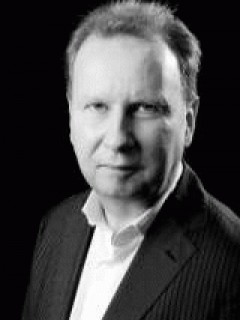 David Penn amassed a wealth of experience in market research spanning both client and agency sides of the business, before starting Conquest, a research agency based in Hammersmith, in 1989. He has published and presented widely on marketing and advertising research, including several papers at recent Market Research Society (UK) and ESOMAR conferences. He is also co-leader of the ESOMAR workshop on Measuring Emotions and is a frequent speaker at WARC conferences on advertising research.