So after the sizzle, where is the sausage?

Wendy Gordon, a Partner at Acacia Avenue, looks at how Behavioural Economics can be applied in qualitative research.

So far, as in the preceding article, there has been a great deal of talk about what Behavioural Economics (BE) IS, the context in which it can be used, and the benefits – but little practical help with 'so what do I do differently?' I'll attempt to help with question marks around application, and offer two examples of BE in action.Here are four areas of application to think about:

Remember, people are very poor witnesses to their own motivations. Think of an iceberg. What you see above the water line are post-rationalisations for behaviour. What lies below is the mass and shape that influence the iceberg's behaviour.

BE thinking applies in situations when people are unsure, confused, unclear or overwhelmed by information. The context of confusion could be social, emotional, physical or financial and could be relevant to a current 'now' decision or a future one. This is when cognitive biases come into their own – they are strategies to minimise stress and effort:

Choice decisions – a decision about an outcome in the present:

Judgments of risk – a decision about an outcome in the future:

These very specific – and very familiar – phrases may be thought of as 'language leaks' and quite clearly indicate whether or not the heart of the issue is about understanding decisions in the future or choices today.

How does BE alter the way I write a brief or design a qualitative report?

Applying BE to a project requires a total rethink from start to finish. It is not a magic bullet, nor particularly easy to apply. 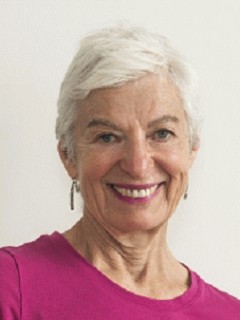 Wendy Gordon is a brand research specialist and co-founder of Acacia Avenue. Wendy is a Fellow of the Market Research Society, a visiting professor at Birmingham Business School and has been honoured by The Women's Advertising Club of London as one of its "Women of Achievement". She is a frequent speaker at conferences, teaches qualitative research master classes around the world, and contributes to many industry publications.

February 2015
What is this all about?

September 2011
So after the sizzle, where is the sausage?