Is it possible to measure the likely future political success of the new generation of MPs? A new report has the answer.

Ever since 232 new MPs were elected to Parliament at the last General Election, political commentators and journalists have been playing at trying to predict who will be the most successful of the Class of 2010.

Many recent articles and papers have sought to identify the rising stars. These have been generally well-informed and most of the individuals covered will no doubt have highly successful political careers. But they have also been subjective and observational in nature with little or no evidential base. There's nothing wrong with this, but we thought there was room for a different approach.

The Future Face of British Politics? report was designed to test the hypothesis that politicians can be assessed as to how well they are doing and their likely progression from a combination of independent measurable factors. There is no suggestion that this methodology is perfect. Indeed, we are acutely aware of some of the issues with the data. However we have sought to apply a consistent and detailed approach, collating as much relevant, reliable and quantifiable evidence as possible.

We devised a system that potentially measures future success by applying a series of 17 available metrics across the parliamentary and media activity of the new MPs. Some of these factors are well established but others are new (speaking at party conference fringe events, the number of Twitter followers and Facebook presence, appearances on Question Time and Any Questions and their rating on the SexyMP.co.uk).

Clearly some are more important than others: the number of Twitter followers an MP has is of less importance and influence than sitting on a Departmental Select Committee. So we weighted the scoring in favour of those factors we thought were the most important.

Some further key measures were considered and discounted, while we were unable to use some that we would have liked to include because of the lack of data (e.g. accurate statistical data on the impact of the new boundary changes at the next election) or limited resources (e.g. consideration and breakdown between national and local media mentions).

Interestingly, the report does indicate that likely future political success can be measured. With some exceptions, the stars you would expect to feature score highly. The findings suggest some interesting trends:

Our attempt at measuring success was certainly far from perfect and some of the data sets could certainly be improved. No statistical analysis can hope to capture some of the subtle connections and influence that exists among the political class, nor can it accurately measure charisma and that elusive "X-factor". But we hope that the report makes a useful contribution to how we can judge our MPs.

Politics is changing and inevitably what needs to be done to play the modern political game is changing as well. Whether the rise of the celebrity MP is good for politics — or the constituents that they have been elected to represent — is for all to judge. 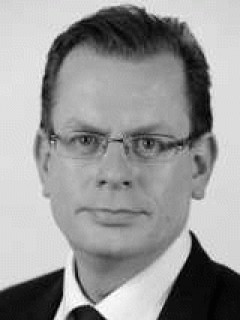 With over 20 years of experience in the public affairs industry, Tim has worked for several consultancies offering strategic advice and developing political engagement programmes for a wide variety of organisations.