Time to hang in Nero

If there is one group that appeals to clients, it comes under the heading of young adults, 16 to 24-year-olds. Victoria Henderson explains what makes them tick.

What does this age group do with its spare time, its money, where do they hang out — and why? Questions like these prompted us to launch a study recently that elicited four key themes, one of which — "Hanging about and why time isn't money" — I'd like to share.

Their relatively limited disposable income makes them really picky about whom and what they spend it on. They don't, for instance, put a premium on speed and convenience, as their elders often do, nor do they necessarily equate time with money. This is a chilled generation, which loves to hang out in places like Nando's and coffee shops — although most wouldn't claim to be coffee drinkers. Like the rest of the population, they are now are now looking at leisure experiences and scrutinising value for money.

It leads those in this age group, even when money is tight, to say that a £3 "coffee" is acceptable when a £3 sandwich isn't. What makes the difference is that a coffee shop becomes a space for them to hang out and spend time with friends. They easily make that solitary coffee last over an hour, unlike the £5 Subway which is grab and go. Dinner at Nando's, meanwhile, means an evening of endless socialising which will cost them just £15 — including wine. For this generation, it is not about making their money go further, it's about making their experience last longer.

Those at the lower end of this spectrum, the 16 to 17- year-olds, bemoan the fact that there are very few places where they can enjoy a relaxed time out together. Pubs are not an option (unless bar staff don't take their ID responsibilities too seriously), and the environment of fast food outlets such as KFC and Subway don't appeal as it is functional, hurried and loud. So it's back to places like Caffè Nero or Starbucks, which offer free wi-fi and promote discounts heavily through social media and in store.

At the other end, those approaching 24 tend to have more and larger commitments — which means juggling their "spending envelopes" very carefully. They want to enjoy evenings out with friends but they are still working to a budget. Nando's plays to this target perfectly: it offers affordable but quality food which this group responds to.

So, what do we tell clients? Don't under-estimate this age group, particularly in the current economic climate: they're price conscious, looking for value and scrutinising worth. They do not want to spend money on the mundane and the "boring". They are, though, prepared to spend to facilitate other important aspects of their lifestyle: i.e. relationships, spending time with friends and having fun.

They want to make their money last longer rather than go further. They want brands which help them live in the moment, build their social connections and create an experience to bring friends together in a space that recognises they are not kids anymore. They fly in the face of negativity, ignoring warnings about the struggles of the youth of today, instead responding to positive messaging that reflects their more carefree existence. This is a group that is astute about its money and "experience" management. The question is, how many brands will be equally adept in tailoring their offering to them? 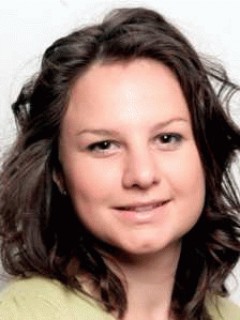 Victoria Duckworth has been a member of the AQR since 04/2010. Victoria is Research Director at RDSi.