Back to the future (day one)

The MRS Conference promised much, but did it deliver? Lucy Baldwin gives her verdict on the first of two crowded days of presentations.

Shock of the New was the promise of this year's Conference, and with the help of some creative and slightly "off the wall" thinking, Day One delivered. For me, the newest ideas of the day came from "The research disruptor". Chaired by Ray Poynter, speakers from a number of organisations took us on a whistlestop tour of crowdsourcing in a number of forms.

Benita Matofska from People Who Share showed us a new way to beat the recession, removing the human need to own things and replacing this with a sharing economy. Heidi Schneigansz introduced Idea Bounty, an online portal which allows clients to submit creative briefs, and creatives to respond with their ideas. The winning idea receives the "bounty" — a cash sum. It's easy to see how this idea has huge advantages for the client, hundreds of briefs for the price of one. But, I found myself wondering whether the success of this scheme might be its demise — the more popular it becomes and the slimmer the chance of winning the bounty, the smaller the incentive for the creative.

Tapping into our inner creativity seemed to be a recurrent theme and oko's Jeremy Rix's workshop designed to disrupt our ordinary "linear" thinking patterns to induce creativity chimed well with a recent Horizons programme: The Creative Brain: how Insight Works. The workshop began with a period of meditation, followed by a series of games where the primary task was to make connections between at first glance unrelated objects. Working in a small team, we certainly came up with some ideas that I wouldn't have thought of had I come at the exercise in my usual way. If word of mouth is anything to go by, the Workshops on Day One seemed to be a big hit — "See yourself see" — a workshop exploring the neuroscience of how we see was reportedly exceptional — and a real eye opener to all in attendance. And, for the social researchers and politicians among us, From war room to board room: lessons from the campaign trail, chaired by Graeme Trayner was hailed as a must see.

Led by an inspirational chair — Chloë Fowler (co-founder of Razor research) — four excellent co-speakers (Mark Allen, Jon Hildrew, Alice Ellen, Owen McAleer ) and myself sought to continue the day's creative momentum, fuelled by some literary Masterpieces at Fiction for Fuel: MRS Book Club. Some genuinely insightful pointers: from Alice's observations on "The Man in the Crowd" and how this can be applied to the new age hipster to Owen's challenge to use our imaginations rather than allowing others to paint pictures for us.

Day One was brought to a magnificent end by a true creative. In his unique style, artist David Shrigley comically narrated us through his own brilliant work, teaching us that sometimes, simplicity is the best form of creativity. 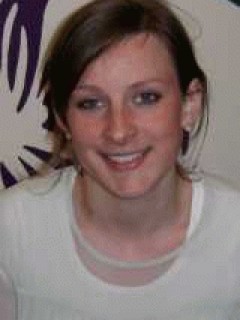 Lucy graduated from Pembroke College, Cambridge in 2010 with a degree in Philosophy. Having had a taste of life as a researcher in Ipsos MORI?s Social Research Institute one Summer, Lucy joined the Graduate Scheme at GfK NOP. She now works at Voodoo Research as a quant and qual researcher on a range of mixed methodology projects.