It's time to experiment with different ways of interacting with consumers, mining BE, anthropology and ethnography, to generate rich responses.

Asking questions is second nature to most of us in our quest to understand something. In research, it’s sometimes not the most effective way of generating rich responses, or of getting people to open up — other ways can work much better. However, some of the new approaches and techniques are forcing us to seriously reconsider whether the traditional question-and-answer structure of research is really what we should be doing.

In mobile surveys for example, we can’t confront research participants with endless lists of items to rate when at the same time they are maybe making a life decision by swiping left on Tinder. In collaborative research techniques, we can’t adopt the slightly patronising teacher/pupil or therapist/patient position that a question and answer dynamic puts us in.
We need to find other ways of interacting with consumers in order to understand what’s going on — inspired both by ‘newer’ thinking from Behavioural Economics as well as tried-and-tested observation techniques from anthropology, ethnography and the traditions of behavioural science. In some cases we’re talking about very simple shifts in our research practice.

Instead of, for example, asking people to tell us which features are important, try giving them ‘money’ to distribute over the features. The learning is a lot more profound. You don’t only understand the order of importance of the features but also their relative worth. You understand where people are willing to make a compromise or a trade-off.

And you learn even more if you have the possibility to observe and to see where an individual’s decision is clear and determined and where they take time to deliberate.

In this context Classic Observation remains one of the key cornerstones of an in-depth understanding of consumers. Understanding what people do is an important factor in delivering more robust insights, pairing up attitudes with behaviour, highlighting inconsistencies, and uncovering tensions.

In a recent piece of work on kitchen appliances for example, we put people in the imaginary situation that their appliance had broken down.
Instead of asking them what they would do, we asked them to do it. We watched them as they switched on their laptops, tablets or mobiles and followed their searches. What did they Google? Which sites did they land on? What did they look for on the sites as they were trying to find that new washing machine to replace the one that had just ‘broken’? Suddenly the purchase decision journey that people can describe in a very structured way (first I inform myself, then I compare the offers, then I make my decision) became a lot less linear and a lot more chaotic.

Decisions are not made in the way our consumer decision journey models sometimes like to suggest. This does not mean that the models are obsolete — but if we want to understand the real interplay between attitudes, values and behaviour we have to go beyond collecting claimed behaviour.

Mobile Ethnography also forces us to think carefully about how we explore people’s lives. In a project about recycling for example, we asked people to record their ‘Walk of Fame’ and ‘Walk of Shame’ in pictures when it comes to recycling in the home.

Instead of asking people what they thought about recycling — and the very predictable answers we would have received — we harvested a multitude of examples, positive and negative, of the real highlights and challenges of implementing ecology-friendly behaviours in the home.

We used the examples to elicit people’s personal stories — storytelling being another fantastic way of uncovering the subtext of behaviour without asking questions. Via stories, research participants open up quickly, get involved in ‘their story’, revealing a lot more about themselves than they might otherwise have done.

The importance of ‘tasking’ as opposed to ‘questioning’ is particularly evident in co-creation approaches. One method that’s worked well for us in ideation sessions is ‘role-playing’. A client recently asked us to help them generate innovative service ideas, and then refine the output to shape potential winners.

We used conventional workshop techniques at the idea generation stage, but in the evaluation and refinement process, we went further and asked the participants (different types of professionals) to engage in role-playing to help break down potential inhibitions and untap the creativity lurking in potentially buttoned-up b2b audiences. Here’s what we did in brief.

There were three participant groups — one ‘seller group’ whose task it was to sell the idea, and two groups of ‘idea evaluators’. We asked the “seller group” to literally ‘become the idea’ — dress up differently, using props, hats, different clothing. A sort of carnival outfit.

The evaluator groups were asked to engage in either role-reversals or role-adaptions — the junior medical staff were asked to think of themselves as a senior, and vice versa. We decided on this as a technique to counter any status or hierarchical effects that could hinder participants being free with their opinion — medicine is a notoriously hierarchical profession.

For the sales reps, we asked them to ‘become’ a different type of sales person using simple archetypes — the ‘scientist’ was to become the ‘jovial joke-cracker’, etc.

The role-play session generated a hugely rich output, engagement levels were extremely high: responses came thick and fast, were often provocative, and with no apparent inhibition.

Our sense was that, through the donning of a mask and the ditching of a social identity, we achieved a higher degree of honesty. The ability to ‘play’ — almost like in a carnival — led to a very motivated session of self-reveal, unbuttoning the psyche in a permissible context. No-holds-barred stuff.
The whole session flowed extremely freely, with very little external moderation, and absolutely no questions.

Most importantly: the session was immensely productive and creative, well beyond a classical evaluation session. Participants clearly had fun, and were extremely engaged in thinking seriously and constructively about the ideas — which were in fact ‘people’; the richness and quality of builds and refinements were impressive. The role-reversal also led to an energetic exchange of opinions among the evaluator groups — with those adopting a different persona teasing out responses from their peers in a way that probably wouldn’t have happened otherwise.

The above are just some examples of how task-based approaches can make the research markedly richer, more fluid, creative and personal — yielding much more for clients, stakeholders and participants than a more standardised approach might.

There is more prep work involved, definitely; there is also more to be sifted through in the analysis phase — but in our experience, training ourselves as researchers to think of using all sorts of tasks or behavioural-based methods rather than ‘asking questions’ can be immensely rewarding for everyone — participants, moderators and clients alike.

This article was jointly authored by Edward Appleton and Sven Arn of Happy Thinking People. 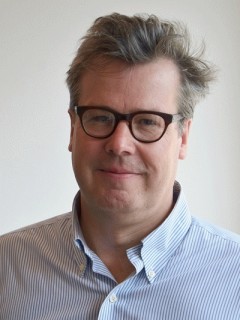 Edward Appleton is global marketing director with Happy Thinking People. He has worked for over 20 years in market research on both agency and client side. Prior to his current role, Edward was senior insights manager with Coca-Cola in Berlin; and before that he was European insights manager at Avery Dennison. He blogs regularly for Esomar, and is a founding Board Member of Mobile Research in the Mobile World (MRMW).

January 2014
Thoughts of an optimist