View from across the water

My second thought, when I heard about the AQRP international research meeting, was that perhaps the opportunity to exchange ideas with other cosmopolitan 'Qualis' would provide a new impetus for our own work.

Time pressures and the 'client-supplier situation' mean that briefings and debriefings rarely offer the possibility of an 'open' exchange. Yet problems in international projects are often detected too late and then tend to be swept under the carpet to preserve the job's overall success.

So, unlike larger conventions and congresses, which all too often fail to progress beyond the level of small talk, I was hoping here for a mixture of concrete approaches relating to my own work ­ plus the human factor. And before I forget, my first thought was: oh no, not another meeting.

Should you be interested in the third, it was that the allure of London ­ and making new contacts in the 'nerve centre of market research'­ added to the appeal, particularly for a relatively new and small research institute. Act One The atmosphere that welcomed me during registration ­ friendly, uncomplicated and relaxed ­ was all I had wished and continued throughout the day. A handy hint for (foreign) male visitors attending an AQRP meeting: don't worry, you can leave the tie at home.

The charm of the location reinforced the pleasant atmosphere and provided an excellent opportunity to mingle in the well-timed breaks (with great catering).

Unfortunately, the response of the market researchers to 'new perspectives' was not as great nor as international as I had hoped. The sample was composed primarily of respondents from the host country and they, too, in rather modest numbers.

Anyone who attends events of this kind on a frequent basis discovers, sooner or later, that it is indeed rare for the presentations to offer real "undiscovered territory" to researchers. Still, even though I didn't come away from this meeting with a 'totally new' perspective on things, the mix of advertising and market research tools, presented in condensed form, were ideal for making one want to get to know speakers and colleagues better.

At first glance the presentation 'A different perspective on research' ­ presented by an 'advertiser' ­ seemed directed at the wrong target group, but it definitely gave me food for thought. Do we really show our clients that, in addition to our tried and tested methods, we also have the creative potential to develop new approaches?

It's ironic that though we 'Qualis' have learned to look 'deeper' than others ­ and are thus able to make more critical comments ­ we rarely think to explain the whys and wherefores of our procedures to others. A critical examination of our own approaches might help qualitative research, especially the international variety, to become 'even more' sophisticated.

The day was rounded off by a humorous 'Twenty Questions', which again showed how little we actually know about the individual countries where we conduct our research. Do you know, for instance, what you're doing in France if you're 'pissing in a violin'? The answer is more innocent than the question.

The intimate and relaxed atmosphere, as well as the flexible agenda (my compliments to the organisers), offered a great chance to express oneself freely. Since the event's theme was international, however, it would have been rewarding to hear approaches, ideas and opinions from colleagues in Madrid, Milan or Stockholm, too. Maybe it's worth explaining to overseas researchers in a bit more detail, next time, the value of exchanging experiences with their English counterparts.

As is only right and proper when in England, my day ended in a pub with a friendly colleague (hello, Scott!) and the feeling of having spent a rewarding day in London.

My own personal expectations (see Prologue) were pretty much fulfilled, while follow-up enquiries also gave me a pleasant feeling when handing in the bill for the meeting to accounts.

For us qualitatively-orientated researchers in particular ­ whether senior or junior ­ who are constantly trying to fathom the depths of the respondents, such a meeting provides a great platform for reflecting on our own approaches for a change and perhaps going away with some insights that are not limited to our own firms and countries.

I will re-rank the order of my thoughts on the AQRP and swap the second with the first. 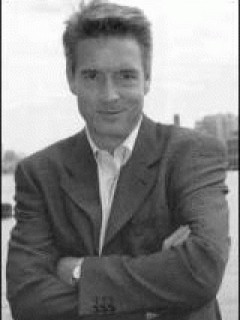 Bernhard is Managing Director at BF-Consultancy.