What on earth is a qualitative researcher

Job titles - they're great, aren't they? They tend to give a clue as to what the job actually involves. So a fireman is in some way involved in the fire business. The title doesn't make it clear whether he starts them or just provides the raw materials, but at least you know that's his thing.

The title 'bus driver' leaves even less to chance. An accountant is clearly involved with accounts and just as clearly is very dull. That's the way it should be: job titles should clarify what the job involves. Anything else has to be seen as subversive.

And then there are 'qualitative researchers'. What on earth does that mean? Do they research quality? How do they do that? Do they stand around all day, scratching their chins, wearing corduroy jackets, carefully examining two similar objects, then getting excited and shouting "Yessss. Now that's what I call quality." Of course they don't and I know because it's something I do.

And corduroy is most definitely OUT. But most important of all: never, ever call yourself a qualitative researcher. You're either a 'qual researcher' or if you're really, really cool, you're a 'Quallie'. The job title proves how clever we are: few job title are so oblique or so often abbreviated. Ergo, we're all very, very clever.

But what do Quallies actually do? Put simply we talk to people. This isn't as easy as it sounds. People are a funny lot, especially when you put them in little groups when they don't know each other. They suddenly find it difficult to talk. It's our job to get them to say something that may be interesting.

Once you've spoken to the Great British Public, you go back and tell the client what people have said. Well, that's not strictly true. Perhaps I should start again, from the beginning - I've heard that this is a good place to start.

Here's a day in the life, or rather an evening in the life. It's late. You're in the back of a private hire cab in Redditch. The driver hasn't got a clue how to get back into Birmingham. Even though you've only been to Redditch once before you end up directing him, your directions based on the shrewd observation that it's more likely that Birmingham is in the direction of the sign that says Birmingham rather than the one that says London, contrary to the driver's assumption.

You ponder on the group discussion you've just conducted (that's Focus Groups to any journalists or Americans who might read this). Eight strangers in another stranger's front room. The room was spotless and very suburban. It was so clean that you thought you ought to get everyone to take their shoes off but you didn't - that would have made the respondents feel awkward.

You were so tired before you got there. A little bit of nervous energy kept you going. Dominating a room full of people, ensuring the dynamic of that room of people works to your advantage. Using all the techniques you know to get them to look deeper and deeper into their views on this market and these brands.

The topic of conversation was beer advertising. The room was full of men in their twenties. You showed them some new ideas in the form of story boards. You spent ages at the start of the group explaining that these were only ideas, not finished ads but it's no surprise when someone says: "But I don't think they should use cartoon characters." You explain again: "These are just ideas. We've sketched them out. After all it costs a lot of money to make a TV commercial." Again the response is: "But why cartoons?" They won't be asked any more questions.

There's a typically cool start, when they say: "Why don't they just tell you it gets you drunk. That's why I drink." The answer, which you may or may not tell them is one, because it's illegal, and two, because it makes for very, very dull advertising.

Once we get over this predictable part of the conversation, the respondents are brilliant. A joy to be with. The conversation gets animated. People argue. This is the buzz you live off. You should be tired but now you're debating the finer points with them, challenging them, making them go deeper. Someone gets called a 'girl' by a total stranger. Great. Love it. And still Kevin wants to know why they are using cartoon characters. The groups end. Your head is buzzing with ideas and angles. Places to take the campaign.

Then it's into the Cab That Never Knows Where To Go. Forty five minutes later you're back at you're hotel. It's 11.15pm and room service is out of service. You open a bottle of beer from the fridge and eat some peanuts. That's your fourth portion of peanuts tonight, having earlier eaten all those intended for the respondents.

You climb into bed. Sleep is out of the question because your brain is still ticking away. You watch rubbish on the TV. Eventually you fall asleep only to be woken four hours later by the alarm. Then it's the rush to catch the train back to The Smoke.

Days are spent pouring over the tapes, followed by long hours, deep into the night, crafting a debrief. You present it. The client thinks he likes it but is worried about some of the more extreme arguments. The agency is happy but thinks you were well out of order on a couple of points. "That's the last time we recommend them," they mutter.

So clearly being a qual researcher is great fun. How do you become one? I spoke to The Association Of Qualitative Research Practitioners and they sent me some info. With highly amusing irony, this info was quantitative.

What this info suggested was if you want to be a Quallie you'll probably have to move to London or even a small village - the latter being the chosen habitat of those who have got to the top, made pots of cash and now live in stately homes. You're as likely to be female as male, although you could read the data to mean as much female as male. You'll probably have to have some sort of further education qualification, you know, something absolutely relevant like the History Of Mediaeval Europe.

They, as they say, are the hard facts. If you were to ask me to offer a typography of a qualitative researcher, I couldn't. It takes, as they also say, all sorts.

Most people I know in other professions complain about their jobs. While you may hear Quallies complain about the hours they do, you won't hear them whinge about the job they do. The intellectual rewards are considerable. The financial rewards can be satisfying as well. And getting lost in a dodgy Brummie cab can be quite a thrill. So if you're thinking of doing it, do it. There are many duller ways to make a living. 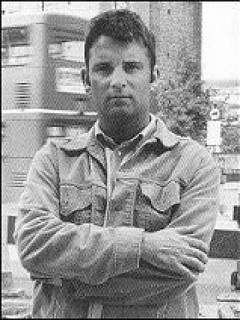