It was, I think, my first viewed group, or at least within a few months of becoming a researcher. I was petrified. Senior clients behind the mirror and a group of 16-year-old boys. Anyone who has ever moderated a group of 16-year old boys will sympathise.

An hour in, the lippy one asks if I mind if he smokes. This seems a reasonable request, if slightly unnecessary, since each of the boys has already puffed his way through at least ten B&H and the room resembles the Thames on millennium eve. To my dismay, he produces a joint. Surely it's just a big roll-up? He lights it. He offers it round. It isn't a roll-up. I die. I can sense the shock from behind the mirror. I can already hear the anguished phone calls the next morning to my new bosses. I spend the remaining 30 minutes on auto-pilot planning how to explain that three months as a researcher is quite enough and I'd rather like to go back into advertising now, please.

It's my favourite viewing facility story, and I apologise to all who've already heard it. But an invitation from In Brief to write on viewing facilities is surely a heaven-sent gag opportunity. But no ­ what's this word on the brief? 'Controversial'? Surely not. Oh, go on then. I like viewing facilities. I know I'm not supposed to. I know that they are a creation of the devil that allows clients to check up on researchers and reduces scientific data collection to cheap entertainment, but I like them.

Viewing facilities happen to be more professional, too. It's also good for the industry that researchers aren't always seen by clients and respondents alike as travellers of the night who creep quietly around the suburbs. Respondents pay more attention when they're in a dedicated research environment.

Best of all, I'm delighted that my clients want to view their groups. They're interested and involved. And I'd rather they listened to consumers and made cheap jokes about their hair than never met them at all.

But viewing facilities also have their downsides, and being aware of them allows you to minimise their effects. First, respondents do act up. It's our job to relax them, treat them with respect, acknowledge the artificiality of the situation, and not to make unreasonable requests. Second, clients act up too. It's impossible not to draw conclusions from a group, and only natural for creative people to have an aversion to dullards criticising their handiwork. Bring a colleague or a note-taker along to keep order behind the mirror and track any misconceptions, or at least allow time for a chat between groups to explain the process.

Most importantly, recognise that, comfy as they are, viewing facilities are not the be-all and end-all. Don't sniff at suburban viewing facilities: they make a good compromise. And on most consumer projects it makes sense to ensure that at least some of the groups are in-home, and certainly outside London. You may have to put the shopping off to the weekend, but at least you'll appreciate why the prices are so high. 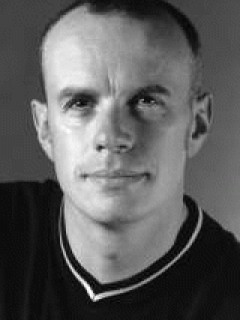 Peter spent ten years in advertising agencies - including Bates, Yellowhammer, BBH. He worked on brands including Pedigree, Van den Berghs, Fiat and NatWest. He moved into qualitative research in 1993 as associate director of DRSM and became managing director in 1997. He co-founded The Nursery in 2000. He's a speaker, tutor and author for APG/APG US, AQR, MRS. He was recently vice-chair of APG.