Bush and the focus factor

The focus group has, for many years, been a primary tool of US political campaigns in defining and testing strategies among key voter groups. Until recently, much of this was covert and under the public's radar, revealed Ł if at all Ł long after the fact. In 1988, for example, qualitative research was credited ultimately for helping George Bush (the father of George W. Bush) erase a 16-point poll deficit to defeat Michael Dukakis for the US Presidency.

In 1992 the media caught on to Bill Clinton's massive use of qualitative research and reported it gleefully. He used focus group research masterfully to turn the tables on incumbent George Bush, defeating him in one of the greatest comebacks in US history. During Clinton's two terms at the White House, his qualitative research devolved into shaping public policy, not just campaign rhetoric.

In the minds of the American people, this cast focus groups as a method politicians use to disregard their own personal principles in deference to the whims of public opinion. This unfortunate perception was continually reinforced throughout the eight years of the Clinton Presidency.

During the 2000 US Presidential Election qualitative research has become mainstream. Not only are candidates using behind-the-scene focus groups, but the media has also weighed in with live 'focus groups' broadcast to the world. 'Focus groups' of voters were conducted by all the major news sources: CNN, The New York Times, ABC, NBC, CBS and USA Today, and even local news outlets, such as the Detroit News.

These media 'groups' consist typically of 15-20 undecided voters seated in an auditorium, led by a news anchor for five-minute 'live' news segments. Though they make for compelling television, they have no valid research value and actually serve to further degrade the image of qualitative research as a professional discipline.

By raising awareness of focus groups among the public, the candidates and the media have done so in a way that fails to promote the methodology as a credible, professional means of understanding the perceptions and motivations of voters. Instead, the American people now perceive them as the tactic that politicians use to 'spin' issues and influence voters, and as a format that the media use to enliven and legitimise an otherwise boring and predictable newscast of talking heads.

This poor perception of qualitative research caused both George W. Bush and Al Gore to distance themselves publicly from focus groups, reinforcing further qualitative's poor image. Bush's defence of his use of focus groups demonstrates how sensitive he is to the public's perception when he said: "They (Bush advisors) may test ads in front of focus groups, but I don't run a focus group to tell me what to say and what to believe." 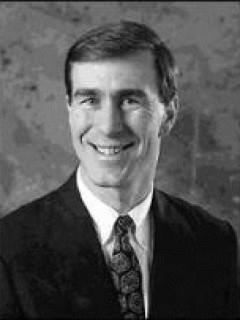