Gail Behan, head of market research at Barclays Bank, is all for customer insight but she¿s not about to change her department¿s name Ù just its role

An article appeared in Research Magazine recently in which Rosemary Hadden, head of Abbey National¹s customer insight unit, talked about why her team had been rebadged.

It was, she explained, a "meaningful change", affecting all areas of the business, and bringing market research in at a much earlier stage to help develop products and services.

Gail Behan¹s stance is a bit more radical. She hasn't changed the name of the market research team; but its role has undergone a dramatic shift. It has meant a reduction in the large scale ­ "let's go out and survey as many customers as we can" ­ structured questionnaires of old, and a hunt for more targeted "insightful’ information".

"We're looking for those bits of understanding that will help us almost predict the future ­ and obviate the need to do any research in it ­ because we will know the framework in which customers think," she says.

The premise is that, if Barclays knows why customers buy a financial services product, it can enhance that knowledge over time. Understanding how the customer thinks means that it won¹t have to ask them, each time a product modification is proposed, whether it's viable or not.

Those sorts of insights and key learnings can only be obtained, she says, from qualitative research. But it is also a matter of stockpiling information. "I want to ensure that we use current learning, current understanding, as much as possible," she says.

"I encourage my team to review all the historic work that we have done before that is relevant to a particular project before they go out and write a brief for another one. I¹m also very keen on sharing that with the supplier."

Research is frequently used as a means of acquiring a solution to a particular question at Barclays, but recently it has been channelled into new areas. Behan has been pulling together different strands of research ­ predominantly qual ­ on different topics to gain insights into customers' thought processes.

"After we have pulled these pieces of learning together, we arrange internal workshops to talk them through," she says. The client can identify areas that the team hasn¹t covered, and some that are new to them, but more important ­ the process brings the customer to life. They can step into their shoes, instead of just viewing them as numbers on a page. The system doesn¹t always work. "There are some client areas that are wedded to their numbers," she says. "All they want you to do is to give them the magic number 42 at the end of the research. They almost don¹t care how you got to that number.

"But I think increasingly that there are clients who understand that though sometimes you need a definitive number, at others you may need a deeper view on how and why customers think that way."

What is refreshing is Behan's ability to introduce common sense to what can be a complex area. She outlines one instance when a client presented her with two different options that he proposed sending customers. One cost 50p a head, the other £2.50.

She was asked to find out which one held more appeal. "I asked, if I come back and say the more expensive one, can we afford to send it out to all our customers? He replied no." So, problem solved. The cost of the research has to be justified in terms of the cost savings to be made or income accrued.

But despite the company¹s obvious warmth towards research, it doesn¹t always get an easy ride, particularly in such areas as new product development. "If someone spends three to six months conceiving a new product, it is very difficult to be told that it is not what customers want," says Behan.

"It's understandable if they take it personally and try to defend what they are doing. But we all have to be grown up and honest, accepting what is being told us. And if the customer doesn¹t want the new product or service, or wants it served up differently, then we should respond to that."

Barclays has a roster of agencies that it works with, but is open to working with any that suit its requirements. Trouble is, the vast majority of agencies are their own worst enemies. Behan complains of fielding countless introductory letters from them each week, plus intrusive emails, with nothing to differentiate one from another.

So what does she look for? Something unique cutting through the clutter, possibly a piece of self-funded research, could make all the difference. Even a view on a financial services issue will be better received than an ordinary credentials pitch. You have been warned. 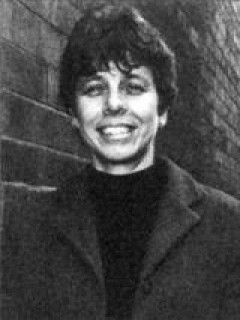 Gail is Head of Market Research at Barclays Bank.