Not all recruiters are treated the same: some are taxed as employees and others paid as 'self-employed'. So what, you may say. Ignorance of current rules, however, could result in hefty fines.

The 80s saw the introduction of rules by which interviewers and recruiters would be treated as 'employees' under modified PAYE arrangements. Even though their adoption has been patchy, few companies have challenged them.

Unfortunately, those that continue to treat recruiters as self-employed have rarely sought a formal 'Status Determination' from the Revenue and risk facing the payment of Tax and NI arrears as well as substantial fines and penalties

We believe that the treatment of recruiters as employees is fundamentally flawed. As a result, we have fought two significant appeals on behalf of clients to have recruiters treated as 'self-employed'.

It's been an uphill struggle. We have, however, now won this argument with two separate Inland Revenue Districts and believe that this sets something of a precedent for qualitative research companies as a whole.

It not only reduces the cost of using recruiters, removing the uncertainty that clouds the whole issue, but also helps make the person trying to run payroll for perhaps 200 or 300 extra people extremely happy.

When treating recruiters as employees:

When treating recruiters as self-employed:

Recruiters bill us and we pay them. Will this change and what will be the effect?

A fieldwork agency carries out my recruitment. Does this affect me?

When treating recruiters as self-employed:

What does the future hold?

Is there anything we can do as a group that will remove the uncertainty? 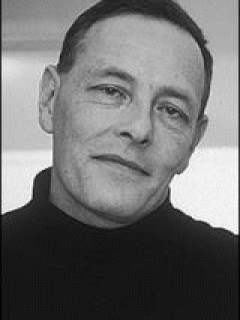 Jeremy Harding-Edgar runs his own chartered accountancy firm specialising in the services sector. He is also a director of Eclipse Consultancy Ltd., which acts as business coaches helping companies achieve greater profitability.