The decline and fall of the NHS

Qual studies among health professionals, at home and abroad, provides Mike Owen with a unique insight

We all know the problems of the NHS. In France, they have almost twice as many primary care doctors per head compared to the UK. In the US, they spend a far greater proportion of GNP on healthcare than we do. British patients, meanwhile, just know how to wait: to see a specialist; get a diagnosis and for surgery.

Politicians have tried and failed to remedy this situation. The reality, however, is that the NHS is dying. It is riddled with a kind of cancer that has invaded every aspect of its being and, ironically, is built into its fundamental 'genetic' make up.

The problem as I see it, having spent over 20 years researching every aspect of healthcare at home and abroad, is this. The NHS is its own worst enemy. It's staffed by thousands of well meaning, highly principled and hardworking people who sincerely believe ­ along with most people in this country ­ that its fundamental principles are in everyone's best interests and must be upheld.

Central to these principles are two key notions:

First, that care should be 'free' at the point of delivery

Second, that primary care doctors should control and regulate access to secondary care

Anyone who dissents from these fundamental principles is, to all intents and purposes, branded as a traitor; isolated both culturally and politically. An attack on the fundamental 'principles' of the NHS is derided as an attack on all those who work in it. The NHS, like a cornered rat, defends itself from all comers with a level of aggression unsurpassed in most organisations.

So what, I hear you say, is wrong with that? Well, the culture of the NHS is, as a consequence of its refusal to entertain any fundamental criticism, highly resistant to change: it defends itself as the last bastion of Socialism. Thus, progress is painfully slow.

People won't confront the reality that to maintain a high quality healthcare provision into the 21st century they'll either have to pay directly for treatment or we'll need a massive hike in taxes. Moreover, despite the advent of many effective preventative drugs the focus remains on treating the sick, not maintaining the well.

Secondly, the system actually discourages the general public from taking responsibility for their healthcare. This partly reflects the NHS's role as standard-bearer of the 'Nanny State' and is partly a consequence of the healthcare provision being 'free'. In the US if you have a prostate problem (easily identified by the symptoms) you go to an office-based Urologist. In the UK you go to your GP who refers you to an Urologist and you wait several months for the privilege. Everyone's time and resources are wasted. Matters are made worse because many patients go to the GP when they could easily self medicate. They just haven't been empowered to think for themselves; the medical equivalent of getting in an electrician to change a plug.

Thirdly, and perhaps most damning of all, the NHS ­ the world's largest employer ­ comprises lots of disparate groups, even individuals, all working in their own interests rather than that of the whole. The NHS not only condones but also encourages such behaviour.

GPs, for example, are pressurised to reduce prescribing costs ­ far less than the total spent by the NHS on laundry ­ despite the fact that many available drugs have significant long-term benefits. These include a reduction in expensive hospital admissions.

Take a 'for instance'. GPs are reluctant to push HRT to post-menopausal women despite a 30% risk of Osteoporosis and the life threatening consequences such as hip fracture (life expectancy <2 years) that arise.

So what's the solution? The increase of 7.6% per annum over five years in NHS spending, as promised by the Chancellor, is clearly a step in the right direction and should be welcomed. Unless accompanied by a massive shift in attitudes, however, it is hard to see how this alone will give us the Health Service we all say that we want since the fundamental issues of individual responsibility and the disparate nature of the NHS appear to be unaddressed..

So it's just two cheers for Gordon ­ a third waits on him resolving the rest of the problem.

Mike Owen
This article was first published in InBrief magazine, May 2002
Copyright © Association for Qualitative Research, 2002 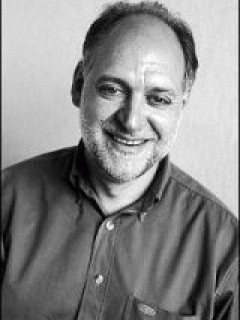