In praise of gifted amateurs

It takes more than just formal training to make a market researcher a great one, argues Clive Moffat. An essential ingredient is enjoying being with people

Since this is a magazine about research, let¹s start with a question. What do the following have in common?

Answer: None of them has had any training in formal market research techniques, yet they¹ve been successful members of my freelance qualitative research team for over 10 years. Another significant common factor is that they are all over 40.

Before expounding further on the virtues of the gifted amateur in the world of research, it might be useful (particularly for strong believers in context) to paint a picture of my firm by profiling three current projects:

In all these projects what we do, on the face of it, is set up and conduct in-depth individual interviews and/or focus groups. But this is only the process. What we strive to do is to move as far away as possible from the traditional subject (interviewer) probing target (object). And we engage in what we call open conversations, sometimes referred to as co-operative inquiry.

As any psychotherapist will tell you, most qualitative research is exploitive. The target is merely set up to respond to a set of pre-ordained questions devised by the researcher, has very little involvement in setting the agenda and is usually discouraged from trying to change it. I was, for example, a recent participant in someone else¹s focus group on charity funding. The researcher¹s first reaction at the start of the session was sheer relief that the desired quota of people had turned up on what was a hot sticky day. He then proceeded to run through the session in the same way that many priests go through the motions to get to the end of Mass as soon as possible.

We endured a roller coaster of pre-set questions. Our intrepid facilitator did not expect assumptions to be challenged and any rebellion was dismissed with a raised eyebrow as he moved on relentlessly through the discussion guide.

So, having concluded that what we need is co-operative inquiry ­ enter stage left our team of gifted amateurs. Our motley crew have, over many years, frequently produced the sort of quality feedback which has enabled our clients to secure a competitive advantage, launch the right service, or find out what the Government¹s going to do next before everybody else does.

These people are able to deliver excellent results because they possess in different degrees the following attributes:

Over the years these gifted amateurs have shown themselves as very adept at putting subjects at ease. They also help them take equal control of the process so that they feel that what is happening and being exchanged is interesting and valuable to them as well as our clients and us.

I have no wish to diminish the value of formal training in market research. Many with such backgrounds make great researchers. But often they suffer from a lack of general knowledge, an obsession with process rather than outcome and, quite frankly, many of them simply don¹t like being with people ­ a not insignificant barrier to fruitful conversation. 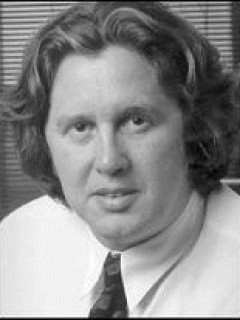 Clive is former Treasury economist, merchant banker and financial journalist with over 30 years experience as a managing director and consultant in research, marketing and communications.