Life on the ethnic beat

A policeman's lot is not a happy one, according to Gilbert and Sullivan. A hundred years on, and life's getting even tougher. Abi Adeniran is on the case

As communities fragment and the 'bobby on the beat' becomes a scarce commodity, so the lines of communication between police and Joe Public have become frayed.

It's in this type of environment that qualitative research comes into its own. "The police expect it to explain communities' feelings, to give a feel of how different groups of people react towards different methods of policing," says Abi Adeniran of Hothouse Market Research.

He recently ran a consultation exercise, alongside Penny Meigh of Step Beyond, for the Staffordshire Police Authority's Trent Valley Division among the area's ethnic minorities. It sought understanding on a number of issues, from what were the key policing issues and priorities of such communities to understanding how these could vary according to demographics.

Part of the problem can be lack of resources, with more squad cars in certain areas disguising this fact. "Qualitative work shows the perception versus the reality," he says.

The consultation took the form of a detailed study in the spring. It encompassed six focus groups, four depth interviews and a 150-respondent quantitative survey of Asian and Black communities in Burton, Lichfield and Tamworth. All fieldwork was conducted by ethnically matched moderators and interviewers.

Community relations tend to be hampered by the fact that, even though two-thirds of the ethnic minorities living there have no direct contact with the police, their perceptions become influenced by media coverage and second-hand experiences. This can aggravate existing tensions between Asians and Blacks.

The role of qualitative research, as Staffordshire Police saw it, was to show them how to build a closer relationship with ethnic minorities and thus help prevent urban myth becoming reality.

"It has become harder for the police to find anyone to tell them what is happening ­ when crimes are committed or whatever ­ because they are seen as outsiders, whereas previously, in localities with bobbies on the beat, they were able to obtain information and resolve a lot of the issues quite quickly," says Adeniran. "This has been recognised within certain police forces."

The research also investigated attitudes towards crime, protection and detection, where police are often said to adopt double standards when dealing with ethnic and white members of the public.

Instances of racism and cultural insensitivity were explored, along with ways in which the police could improve relations. This could involve something as simple, within the Pakistani community, as police officers taking their shoes off when entering mosques.

Alternatively it might mean not mistaking an exuberant debate between Black people as threatening behaviour, or rethinking cultural stereotyping (not everyone wearing a long coat and gold jewellery is a drug dealer).

So what issues did these people want to see addressed? First and foremost, says Adeniran, was the trafficking of hard drugs, closely followed by racial harassment, burglary of people's homes, domestic violence and hate crime. The good news for the police is that, on burglary at least, they are considered to perform reasonably well, as they are in terms of RTAs (response times), and issues of public disorder and anti-social behaviour.

The next step, of course, is in Trent Valley Division's hands. It must demonstrate a willingness to do more than just talk about change, since failure to implement it would worsen already poor perceptions and relations.. The study also pointed out that the changes must be made at street level, not through religious leaders or elders.

Adeniran and Meigh's bullet points for action include the need for officers to get out of their patrol cars and on to the streets, to talk and listen to community members. They recommend that more ethnic minority officers be introduced, possibly as a result of changed recruitment practices and strategies.

Another way of building trust, he says, would be to launch informal information days, when the police could listen to community problems. It does sound more Dixon of Dock Green than Gilbert and Sullivan, but that's no reason why it shouldn't succeed. 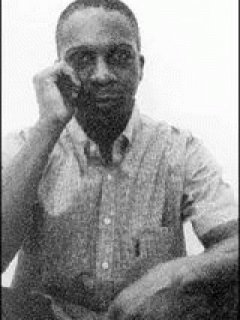