The AQR’s Recruitment Guidelines give the qualitative industry a vision of Utopia, but not necessarily the means to achieve it. Andy Jameson argues the need for cultural and structural change.

After much consultation and deliberation the AQR published the ‘Qualitative Research Recruitment Rules and Guidelines’ in May 2002. The ‘musts’ and ‘shoulds’ outlined in the paper seem to make evident sense and deal with the various players within the process in a fairly evenly handed fashion. One could certainly argue that they are more balanced, real world and less ‘client unfriendly’ than the current MRS guidelines.

So if we have such a spanking new set of guidelines why does the whole recruitment process feel somewhat less than ideal — at least to me? As the qualitative industry seeks to move further up the food chain, influencing the board as well as the research department, are we really confident that current ways of working deliver what we need and will continue to do so? I’m not so sure.

That’s not to say that that there isn’t some fantastic fieldwork going on and some really hard workers who deliver spot on, fresh respondents against the clock. It’s just that there’s a lot of indifferent stuff as well. This is down to a host of interweaving factors — and to an extent all industry players are to blame.

Many clients still over specify with regard to recruitment criteria — particularly when these criteria are interlocking. As researchers we often collude in the process in order that we get the job: designing a fancy sample frame shows that we have really thought about the job and all the subtle nuances of behaviour/consumption that might characterise their particular market.

This can create two immediate problems. First, it gives the poor old recruiter a nigh on impossible job unless she devotes every waking hour to marching the streets (which she is unlikely to do given current pay scales and ingrained working practices).

Secondly, it means that screeners aren’t used or used as intended. Alternatively, they’re completed once loose ‘well you sort of fit’ criteria have been agreed on the phone.

This is exacerbated by timescales, which seem to be compressing year by year. Perhaps we should admit more openly that, in practice, we tend to have two sorts of recruitment: snug fit ‘proper’ recruitment and loose fit ‘bums on seats’ recruitment.

The guidelines state that clients should have a full understanding of the recruitment process, but one suspects that many — especially those who haven’t worked agency-side — have a rather rose tinted vision of what happens once they have signed off the screener. Many may think that recruiters habitually stand on street corners with clipboards religiously ticking off the screener rather than adopting the more usual ‘black book’ and snowball approach.

We can also devote far too much time to ‘hard’ criteria when all we actually want is someone who is fairly creative who uses toothpaste. Although it’s just as unfair to ask recruiters to be talent spotters or know which of their contacts is likely to be chatty or silent as a mouse when they rarely, if ever, watch a focus group/interview take place.

Many research companies don’t have close enough contact with their field suppliers. We may talk to our agencies every day, but how many of us actually meet face to face on a regular basis or personally brief interviewer teams?

The ‘information loss’ inherent in the following combination — over-complex screener sent by email to agency field manager, who then briefs a junior field controller, who forwards this to a regional supervisor who, in turn, passes this to poor old Denise — can be enormous. Recruiters can end up agonising over criteria which, at best, might be ‘nice to have’ or, at worst, almost entirely superfluous.

We should also question whether the current recruiter base has the right profile for the industry of today and tomorrow. The vast majority are middle-aged women who live in the suburbs. They are often very skilled at tracking down difficult targets (especially when lists are involved) but, given ingrained working practices and industry demand, it is no surprise that they tend to find it easier to recruit those who live in the same area, drink in the same pubs and who send their children to the same schools.

One could argue that this leads us to conduct far too much fieldwork with a fairly bland, samey set of BC1 respondents who might not always deliver the sort of ‘knock ‘em dead’ insight that the current marketing climate demands.

Again client and agency must shoulder some of the blame here. How often do we specify groups among really high earners, metropolitan opinion leaders or the underclass? Not as often as we should. This is a function both of supply limitations (will we get them?) and overly cautious sample frames (North vs. South, users versus non-users, etc.).

Shouldn’t we be more energetic in attracting new young graduates to the fieldwork profession (particularly at grass roots level) and giving them the support tools to do their job? Probably, but is the industry attractive enough or well paid enough to merit their attention? As it stands, probably not. In a utopian world of ‘perfect recruitment’ clients and agencies will have to pay more but the relatively marginal on-cost will almost certainly be worth it.

As an industry we seem to be in thrall to respondents. They are, after all, ‘the life blood of our industry’ aren’t they? But just how many of the UK’s 57 million inhabitants have been to a focus group — surely not more than 5%?

The various industry guidelines and the DPA rightly seek to protect the rights of respondents, but don’t we — the ‘employer’ — have rights too? After all, we pay respondents for their views — so shouldn’t we reasonably expect that they turn up on time, genuinely want to participate and really have consumed the service under discussion?

Soundings within the industry suggest that this is far more variable than should be the case. If we have 30 million or so 16-65 year olds left why shouldn’t we be a bit pickier?

Which brings us neatly round to the thorny topic of large, well managed respondent databases. The concern felt by the DPA and recruiters over ‘who owns the names’ does indeed pose challenges, but we should be embracing the opportunities presented by technology.

A number of field and research agencies are already building such databases, particularly for hard-to-find targets, but wouldn’t it be a delight to introduce some of the rigour promised by databases into mainstream recruitment? Not only would this help tackle the issue of repeat attendance but it might also allow us to revisit actively (should it be appropriate) those who we know to be great rather than run of the mill respondents.

In an industry where clients pay tens of thousands to make decisions worth millions, we need recruitment to deliver as never before. Accepting some limitations, it should be unimpeachable. If we are to move towards that goal we need both cultural and structural change in the industry, both top down and bottom up. 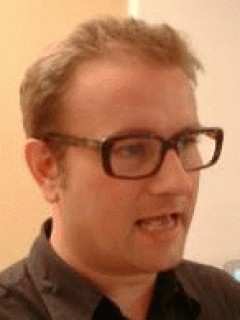 Andy Jameson graduated from Oxford University in 1985. He founded Basis in 1991 having previously worked in brand management for Unilever, advertising planning, and design strategy. He is Managing Director of Basis and has over fifteen years? experience as a qualitative researcher. He is particularly interested in new technology projects and creative development, and has much experience in advertising research. Andy regularly contributes to industry publications and is a member of the MRS and AQR (Committee Member 2002 to 2005)