Tale of a cool cat

What makes the Bacardi Breezer TV commercial work? Well, it’s all a matter of myth and ritual.

In June I was delighted to be invited back by AQR’s Philly Desai to talk about ‘Structuralism, myth and ritual’ in TV commercials. I'm equally delighted to present a snippet of that talk (please email me at pilgrima@lgu.ac.uk for the full paper).

First, I explained how anthropologists think of myth and ritual, analysing various ads through these and other concepts.

Myth is a sacred story, often closely connected with ritual. It presents a (momentary) resolution between conflicting social principles, and operates in an extra-ordinary temporality -- simultaneously the long-gone legendary past, and the conflict-ridden present.

Ritual could be just social habit, but the strict definition insists that it has sacrality. This doesn’t mean rituals occur only in places of worship. A ritual is a sacred means of re-affirming social values through a powerful use of symbols.

At the beginning of the 20th century, Arnold Van Gennep showed that there is a tripartite structure to ritual, with a middle, liminal (threshold) period. Within this, initiates are separated from society and returned afterwards in their new status.

The biggest structuralist in anthropology is Claude Lévi-Strauss. Following linguistic theories, he suggested that the meaning in myth and ritual isn’t to be found in their surface stories, but in their underlying patterns.

He argued that myth is made up of small elements (mythemes) and that it’s the relations between these that are significant. He also argued that human sociality is founded on binaries: male/female; death/life; nature/culture.

We are continually troubled by contradictions of our dual conditions: our living yet mortal state, our natural being transformed by culture. For Lévi-Strauss, myth was where human imagination is free to set up and resolve these fundamental contradictions. We do so by introducing a third term into the binary.

One of the examples I used was alcopops which, like perfumes and cars, need to be given a unique quality for differentiation. Successful branding is crucial to their commercial success. Conveying their functional utility is insufficient, and in most cases they don’t have any.

Lévi-Strauss said mythemes should be set into columns and read in sets. This is how the Bacardi Breezer ad -- showing a cat on the town -- is set out. It also has a tripartite ritual structure.

A semiotic analysis shows that the ad draws on images of cool cats. The structuralist analysis might point out the binary: Staying in (like an old lady)/Going out (like a trendy young man).

Bacardi Breezer transcends this binary state, transforming you from the docile, placid companion of the elderly, domestic and female, into the energised active companion of the young, sociable and male. Although Breezer is clearly a male cat, the ad appeals to heterosexual women who’d like to be out with trendy young men, drawing the attention of (other) women with their feline dancing.

The ad also draws on the tripartite structure of ritual. Breezer doesn’t enter a liminal zone, set apart from the social world. But he (and we) go from the realm of the ordinary and mundane -- which we have to live in most of the time -- into a set-apart realm of laughter, dancing and libidinal pleasure.

We return to the domestic and mundane, but see things differently. Breezer is transformed by his passage through the middle of the ad, implying that we, too, could be part of his world.

The cat/drink represent the symbolic trickster figure which is capable of transforming us for a whole (ritualistic) evening rather than the few seconds which we experience in the mythic telling of the Breezer story. 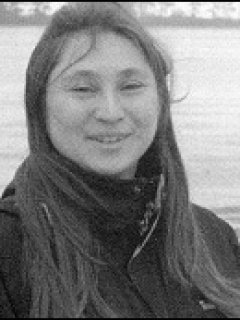 Anita Naoko Pilgrim is at the Centre for Social and Evaluation Research, London Metropolitan University