Who holds the whip hand?

Received wisdom is that New Labour is obsessed with control freakery and spin. So does this extend to qualitative research?

Is it true that government departments seek to influence the projects they commission? Based on the experiences of my own agency, and an admittedly limited straw poll of others, the answer is a fairly resounding no.

Throughout the research process, government clients tend to be scrupulous in encouraging agencies to work in as rigorous and professional a manner as possible.

The belief in good practice is palpable, and samples are often more balanced and representative than in commercial studies. Given that high profile reports are often interrogated by opposition MPs, and that departments are held accountable for the taxpayers’ money they spend on research, this conscientiousness should come as little surprise.

But what about research findings? Do departments seek to influence the results? Again, the evidence suggests not. A quick review of recent projects confirms that government clients have been open to receiving all sorts of findings, whether or not these are favourable to current policy.

Departments have a genuine desire to understand what the public thinks, giving researchers the scope to produce the kind of considered, complex feedback that, I’m afraid, is not always welcome in commercial studies.

The hunger for open-ended thinking tends to be greater in a study into drug taking among young people, for example, than in commercial creative development research where the only pressing question is ‘which route?’. In my experience, government clients do not shy away from hearing difficult findings or treat such feedback with cries of dismay or disbelief.

The role of the COI Communications Research Unit is hugely important here. Research managers act not only as a go-between in practical terms, but also provide a bridge between department and agency in a more conceptual sense, striving to protect the researchers’ independence and integrity.

Even where the COI is uninvolved, there tends to be some kind of buffer in place between the agency and the ‘political’ arm of government. Research managers or publicity personnel rather than the policy makers themselves usually commission studies.

Where difficulties do arise, these are more likely to result from the client having a limited understanding of qualitative research, rather than from undue political pressure.

Indeed, compared with commercial research, social research projects can often feel refreshingly non-political. When the client is a commercial company or advertising agency there is no one to act as buffer — and because everyone involved is an interested party, the pressure to come up with the ‘right’ answer can be considerable.

What is less clear in social research is what happens once the debrief is over. How departments treat findings that are in some way awkward or uncomfortable is something the researcher can only guess at.

While qualitative research is undoubtedly valued as an important tool in the government’s armoury, the decision-making process is opaque and no doubt subject to conflicting pressures and priorities. And occasionally it can seem as if research has been commissioned as much to soak up remaining budget as to meet a pressing objective, and there are always likely to be doubts over how widely the results will be read.

Once or twice, when handing over a lovingly crafted report, I have been put in mind of the closing scene in Raiders of the Lost Ark, when the eponymous artefact is wheeled off into a vast warehouse full of identical wooden crates, with the promise that ‘top people’ will be working on it.

But these are issues for politicians, not researchers. If the question is whether agencies are allowed to go about the business of government research free from political influence, then the answer is undoubtedly affirmative. As to what happens afterwards -- well that is another matter completely. 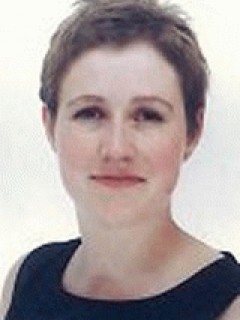