It takes a lot to shake up the world of academia, so when a friend told me how excited they were in the academic/psychology field about the changes happening in qualitative research I was intrigued.

Who or what was prompting such changes and would they have any impact on commercial research?

In the past, it’s always been a case of ‘ne’er the twain shall meet’. Academic research is much more focussed on proving and demonstrating the process and on submitting it as a paper. Our commercial research, however, is more concerned with an actionable outcome.

We, and our clients, are fundamentally less interested in the theory, and conduct our own eclectic, often highly individual method of analysis, in order to come to conclusions and recommendations for action.

So what was provoking such interest among academic psychologists? It turned out to be book with a rather mundane title - Qualitative Psychology: A Practical Guide to Research Methods - edited by Jonathan A. Smith. Maybe I needed to get beyond the cover to discover why it was having such a radical impact.

With chapters on qualitative psychology, phenomenology, grounded theory narrative psychology, conversation analysis, discourse analysis and cooperative inquiry it might have proved interesting. But its main focus, on the different theories of analysis and the details of the process, is probably of less immediate interest to the majority of commercial qualitative researchers.

Sadly, too, the style and writing, while appropriate for researchers from the field of academic psychology, just emphasised the chasm between that world and the world of commercial research.

So what is it that can we learn from academic books on qualitative research?

Primarily, they offer a perspective on what we do and why we are involved in commercial rather than academic research. We are, most likely, simply more motivated by actionable end results than by a fascination with the intricacies of the process.

Further, they may lead one to seek out those texts that are entirely relevant to our profession. Personally, this experience encouraged me to actually read the excellent QMR series of books; up to this point purchased and put neatly away on my shelves. What a relief to read an informative text focussing specifically on the issues of my profession; and in such a clear and engaging style.

Finally, though, awareness of books like these can awaken a general interest in the academic take on qualitative research. Intriguingly, the editor Professor Smith, who is senior lecturer in Psychology at Birkbeck College, suggests a more relaxed approach from his researchers in terms of the research process.

He encourages them to be less prescriptive; much more akin to our world! So with attitudes like his, if he’s driving some of the debate and exploration within his field, the distance between both worlds may well diminish. I’m told that this is beginning to happen - which has to be encouraging - and also that some academic books already exist that are more useful and accessible to commercial researchers.

But how to keep abreast of developments without having to spend time ploughing through numerous academic tomes?

Fortunately the AQR seems to be ahead of the game. It’s developing a library of abstracts of books and articles from both academic and commercial worlds, each giving a brief précis and indicating relevance to us as commercial researchers. A perfect means of keeping abreast of developments in qualitative research, without having to do all the legwork ourselves. 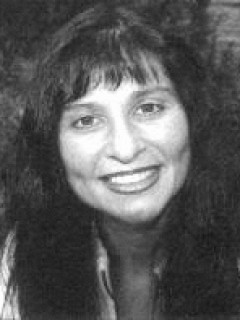 Lynne has had 19yrs in the qualitative field, having been trained by Bill Schlackman in the 80s. Her career has predominantly been as a freelance consultant, involved with a wide variety of sectors and clients.