Would you feel safer travelling by rail if tracks were maintained by Jarvis plc; the Labour Party; John Lewis or Volkswagen, asks Nicola Stanley?

The answer is likely to depend on your level of trust in each organisation, based on their reputation. I suspect that you would choose the latter two options, while ardent shoppers would probably pick John Lewis (apart from on a Monday, when its stores are typically shut).

Companies spend millions establishing and protecting their reputations, yet these can vanish overnight. The Enron scandal, and others like it, caused public trust in corporate behaviour to fall to an all-time low, while the Iraq war has had a similar impact on the public’s perception of the Government. Increasingly, big business and the Government are seen as part of the problem - not the solution. In fact, the IPA recently warned that government department ad campaigns might be less effective because of this weakening trust and the slump in the Prime Minister’s personal ratings.

Organisations need to understand that communicating believable corporate credentials and embedding them within their culture, employees, brands, products and services is what building reputation and trust is about. Trustworthy companies should also show that it’s a two-way process, and this is where qualitative research has a significant and unique part to play in understanding the views of stakeholders.

Companies which operate responsibly instil social values actively throughout the organisation: from their corporate positioning, to the principles by which they operate and finally to the consumer face of the company via its brands. Witness the corporate purposes of Diageo and Shell:

Shell: "To meet the energy needs of society, in ways that are economically, socially and environmentally viable, now and in the future".

Such companies expect their attitude towards corporate social responsibility to help build consumer trust and sustainable values in its reputation, brands and services, to improve its share price and, most importantly, to attract and retain high calibre employees within their workforce. Responsible companies are now focusing, not just on consumers, but on other stakeholders who could have a significant impact on their reputation such as financial organisations, government bodies, community leaders and critics. They believe that their improved corporate position will also have a positive influence on their brands. In effect they are buying ‘brownie points’ now for future use.

How should companies market socially responsible brands or do consumers expect it as a given? It’s a bit like the organic debate. Has the organic version of Heinz baked beans and Tetley tea affected the quality perception of their non-organic brands?

What is evident is that companies are recognising that they need to address the needs of a wide range of stakeholders. Boots, for example, uses its social responsibility activities to extend its ‘well-being’ corporate branding: "To be a credible leader in wellbeing, we must demonstrate a responsible approach to the wellbeing of all our stakeholders - including our people, suppliers, the communities we serve and the wider environment."

Qualitative research holds the key to helping companies connect with their stakeholders and explore their opinions, values and beliefs, to understand differences and help resolve conflicts. Quantitative surveys and interactive websites are part of this research/communication mix too, but only qual can generate the depth and insights.

Understanding stakeholders is one thing, responding to their needs another. Kraft Foods recently made a global commitment to healthier eating in response to pressure from food industry critics, including the World Health Organisation. It plans to abolish product marketing in schools, generate guidelines for advertising to children and set limits for single portion sizes. Sadly it’s ‘employees’, often an organisation’s most accessible stakeholder and its most powerful marketing tool, who are the most overlooked. Just think how impactful McDonald’s new global advertising campaign - ‘I’m lovin’ it’ - could be if all the staff looked and felt like they were ‘lovin’ it’!

So where does that leave our rails? If it was down to corporate reputation alone then John Lewis - one of the UK’s top brands for consumer trust, commitment and affiliation (Carlson Relationship Builder 2003) - would win every maintenance contract going. As for Jarvis, recognising its limitations it has pulled out of rail maintenance contracts to concentrate on getting its corporate reputation back on track. 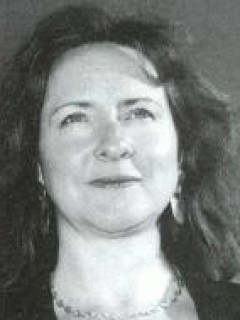 Nicola is a marketing insight and communications specialist. Having spent 12 years of her career in Unilever plc holding both global corporate positions and also local country roles including 2 years as market research manager in Germany. Nicola set up her own marketing research and communications consultancy Silver Dialogue Ltd in 2002.