What has 2004 got in store for consumers, corporate and public sectors, and, of course, for researchers? Bridget Rosewell reports

2004 is going to be an odd year - and this may be good news for research. In an economic boom, sometimes companies think that they know it all, and in bust they cut back on budgets. In between, things may look puzzling but there’s still money around. With a bit of luck, this may be true of 2004.

Why? Well, on the one hand, the public sector has got its knickers in a twist across the globe. Public spending has been going up. This is most notable in the UK, where real increases in spending have averaged 4.5% per year in the last three years. This has now got to stop as it becomes clear that electorates are getting dubious.

So what constitutes value for money in public services and investments? Why is the National Health Service apparently neither national, healthy and certainly not a service? This is a fertile ground for research. And if we turn to education, what similarities are there with the health service?

As confidence returns to those who want to challenge the current models, there will be a need to understand the basis for public spending, its growth and its effectiveness. But researchers should be warned, minority tastes may come under challenge as part of this re-think.

Opportunities beckon on the public service front in the UK, and potentially in the US too, where spending plans must be cut or taxes raised to balance the books. In other countries, the pattern is less obvious, if only because the attitude to the effectiveness of public services is less clear-cut.

So one part of the economy needs to become more effective in how it spends its (or rather our) money. What of the rest?

In the outside world, things began to look up in 2003. The stock markets have come off the bottom and Wall Street and London will have a relatively good year. Even in the City of London, commercial property prices seem to have turned the corner. Bonuses are back.

A revival in the markets means that mergers and acquisition become feasible once more and borrowing is, of course, cheap. Companies do not feel as strapped as they did, though profits are yet to recover and investment is still pretty weak. In the US, there has been a sharp rebound and confidence is coming back across the board.

In the UK, businesses exposed to the US are doing well, especially since the strength of the Euro is hurting exporters based there. Since sterling is still an independent currency it has moved much less against the dollar. Of course, many British exporters are exposed to the Euro too and we are not seeing much pick up in trade as yet.

The refusal of the French and German governments to be bound by the Stability and Growth Pact bodes ill for the future of European federalism but better for the economies of their respective countries.

So 2004 should be a recovery year for the corporate sector. There are, however, likely to be some wobbles along the way, particularly if interest rates begin to pick up as they have been doing.

This is most obviously a threat to the consumer sector. Again, refinancing has been a global phenomenon. Even those mortgage markets with fixed rates which are supposed to create a stable housing market have seen huge re-mortgage activity as consumers have taken advantage of the falls in rates. It is very unclear whether consumers are heading for any kind of crunch.

Housing expenditure is by no means at a peak in terms of outlay, even though house prices have risen dramatically where supply is restricted - as in the UK. But there is clearly uncertainty. Uncertainty breeds the need for new knowledge and should help consumer research budgets.

The best bet, though, is for a slow recovery - hardly noticeable in some quarters. Alongside this go a rebalancing and a move away from the public sector. This creates challenges as well as opportunities. And it could go badly wrong if interest rates rise as the government increases taxes to pay for a further spending spree. 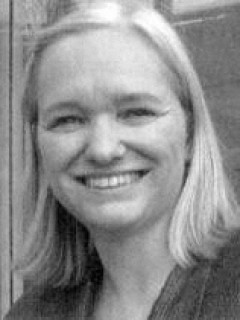 Bridget Rosewell, chairman of Volterra Consulting, is one of the leading economists in the UK. She is currently Consultant Chief Economist to the Greater London Authority as well as a non-executive Director of the Britannia Building Society and of the Department for Work and Pensions.