Do clients and researchers want the same thing? If at first sight it appears not – read on. We asked for gripes and we got them, from Ian Pierpoint of Vegas and David Fenton of Whitbread. They have more in common than first meets the eye

I find myself agreeing and sympathising with much of what Ian has to say. Researchers working on the client side could often themselves faced with the type of end clients that he describes.

Luckily, in the main, I have few gripes concerning qualitative researchers. We, of course, develop relationships with those that we respect and who suit our way of working. But as I’ve been pushed to name some gripes that I have had with other agencies over the years, here goes.

I would argue that making a good impression on the end client at the briefing is an important part of relationship building. Most of our qualitative work is with existing agencies but occasionally we work with a new one. So why do some researchers arrive at a briefing without having done any homework on the client brands or products?

In this day and age, when most brands have a web site and it takes 30 seconds to go online, it’s inexcusable to turn up without having at least the most basic knowledge. At least then we know that they’re not a fish totally out of water in this market.

Because of the industry’s rather rigid cost structure, work seems to be costed in the same way for all clients. A not insignificant part of the costs for agencies are failed pitches. There is a lot of work involved in pitching and they cost that into every piece of work that they do.

In contrast, because of the way we work here, for most projects we give agencies a written proposal and don’t pitch competitively. We only expect the agency to attend a briefing session and create the discussion guide and recruitment questionnaire prior to the research itself. They don’t have to write a fully-fledged proposal for us.

I would rather have a relationship with someone where I’d say on that basis, if we give you a piece of work and it falls through, then you’ll give me a charge. If you do work for me, though, how about reflecting these reduced costs in your pricing?

One thing that really annoys me are quallies who believe that their views are more valid than the research. I have total admiration for those people who go out there, week after week, doing groups, talking to people on the phone or in depths. I couldn’t do it, but at the end of the day, talking to respondents is the key input to all qualitative research and it is what all the subsequent analysis should be based upon.

I suppose that it’s understandable if, after a few years, senior researchers think: “I’d prefer to sit in a meeting room and get juniors to do groups, tell me about it and then I can come back to people with the learning.” Basing the story on what the juniors have told them, however, reduces its value through the ensuing Chinese Whispers. It also lessens their ability to answer the “what if” type of questions.

As far as I can tell it must be difficult enough maintaining your independence as a qualitative researcher, given that everyone who is involved with a research project comes with preconceived ideas. If, however, you haven’t done the groups yourself, but are just working on the analysis you could be in danger of ending up fitting everything you have been told into your own hypothesis.

Another gripe concerns those researchers who prefer to build their relationships with the senior management, convincing them to commission large and expensive pieces of research and coming back with a very slick and polished response with lots of video clips and animations, but no real depth of analysis. It’s nice and flash, and goes down really well, but it can often lack quality and insight.

Client researchers are exactly that — researchers who sit in the client company. We appreciate the problems that quallies face and can work with them. Projects vary in their complexity and need for speed. We recognise the need for juniors to be trained, are not against them per se, and are relaxed about their use on simple projects. If agencies are not straight with us about how the project is to be managed and who will be involved then our relationship will not last.

There are complicated jobs and times when you need the senior people on the job. Equally, though, there are juniors to be trained. Given that we work mostly with small agencies or individuals who are AQR members, if we know how and when juniors are being trained and trust the researcher to handle the project, it’s not a problem. On more complicated projects, however, we would expect to get the full commitment and involvement of the senior researchers.

Finally, we can only expect in depth analysis, interpretation and guidance if the researcher is given enough time before debrief. Sometimes, though, jobs do have to move on more quickly and we all have to be more flexible. Agencies have to work with the client researcher to manage the end client’s expectations — the quicker the turn-round the higher the degree of ‘reportage’.

Consequently, I think one can argue that there should be a distinction between fast turnaround information and more considered learning. There is room for both types — I just don’t think that they should necessarily be the called the same thing and ultimately the agencies need to work with the internal client researchers to educate the end clients. 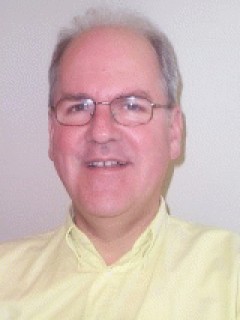 David has over 25 years of Market Research experience mostly gained at Whitbread. He has extensive research knowledge covering many leisure markets ranging from all types of alcoholic drinks, pubs, bars and off-licences, nightclubs, hotels and lodgings, and Active Leisure. With Whitbread?s wide range of restaurant brands, David has conducted research covering the whole Eating Out Market from Fast Food and take-aways to ?Fine Dining?