Reasons to be cheerful

We gathered in large numbers at London’s Vinopolis for the Marketing Society’s event, ‘Let’s Drink to the Future’, a title chosen to demonstrate optimism about the industry’s future despite its current problems.

The opening speaker, futurologist Paul Flatters, identified the social and cultural trends that he believes represent opportunities. These include the growth of the ‘experience economy’, whereby expenditure on experiences and leisure is growing faster than that on material goods.

The drinks industry, with its 15% share of this economy, could grow still further by ‘piggy-backing’ other key experiences, said Paul. He cited the example of Carling Lager tapping into gigs and tours.

As researchers, we know that the same consumer will behave differently depending on the occasion, the context, their mood, etc. Paul noted that, while affluence has increased, consumers have become significantly more price sensitive. Brand owners need a greater understanding of consumer occasions so as to decipher when and for what drinks they’ll pay a premium.

Andy Neil from Scottish Courage outlined his hopes for the beer industry — in the context of a 40% on-trade decline since the 1970s — with a parallel (but smaller) increase in off-trade consumption. Beer manufacturers’ primary concern used to be with the trade, but Andy spoke about how the industry has become much more brand focused.

He identified the eight ‘Powerbrands’ tipped to have 60% of the market by 2010. Yet such growth runs parallel with that of premium speciality beers in the UK. Innovation will be key in both sectors.

The presentations focused mainly on the UK market, but Whyte & Mackay’s Glen Gribbon presented a global outlook. In developed markets spirits, especially dark spirits, have faced major challenges over recent years: a mature market with declining volume share, consumer health concerns and increased regulatory pressure. Against this backdrop, Glen explained the reasons to be optimistic about the future.

He believes that there are innovation and value opportunities for developed markets. Premium and lower ABV spirits will, he says, grow. New ways of drinking, particularly cocktails, can help consumers re-appraise a category. The cocktail boom in the US played a large part in the growth of premium vodkas there.

Perhaps the emerging markets present the most exciting opportunities. As these countries develop economically, global brands could experience massive growth versus local spirits. Glen cited the example of the vast domestic whisky market in India. He expects the drivers of future category growth to be China, India, Philippines, Russia, Mexico, South Korea and Brazil.

Most speakers talked about the increased regulatory pressure on alcohol in many markets. There is an expectation that, despite bodies like the Portman Group exemplifying efforts at self-regulation, regulation will increase. It’s clear, though, that marketing doesn’t die in such a climate — it evolves. Researchers, with their deep consumer knowledge, should take the lead in finding ways for brands to continue to make meaningful connections with them.

John Mills from Constellation Wines outlined his future expectations for the wine industry. Big brands will dominate, together with own label. The category will become segmented by occasion to ease choice and there will be more pack sizes and packaging formats.

Jim Beam Brands’ Drew Munro delivered the most overt challenge of the evening to researchers, talking about the successful UK launch and development of Aftershock. He believes that traditional consumer insight would not have helped them and, in fact, would have led them not to launch in the face of consumer and trade reaction such as “looks like medicine”.

Aftershock was launched using a test market approach, initially rolled out in selected bars. Drew claimed that resulting notoriety through word of mouth was crucial in building the brand. “We’re not in a fmcg market so why should traditional fmcg techniques work?” he said.

All the presentations illustrated the vibrancy of marketing in this category. They also showed that how research can play a key role in helping manufacturers understand drinker behaviour, in creating innovation, in building stronger brands, of withstanding regulatory pressure and that of globalisation. 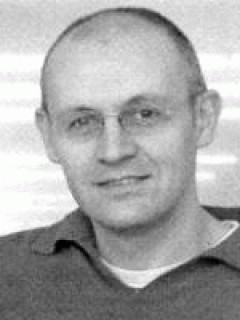