Are we colour blind

The Guardian reported a recent MORI poll that revealed some disturbing attitudes to race. Richard Shaw worries about feeling complacent.

The figures are disturbing. Almost four out of ten white people, said the poll, do not want a black or Asian neighbour. Slightly more would like the races to live apart — apartheid style presumably.

MORI’s Bobby Duffy is quoted in The Guardian: “We have overestimated the progress made in race and immigration issues. I’m surprised about such a high finding, as people are usually reticent because they worry about being judged by the interviewer.”

As a qual researcher, I was particularly struck by this remark. If you thought almost 40% was shocking, God only knows what figures MORI might have unearthed if everyone had been able to say what they really felt. 50%? 60%?

This shadowy group — those who may hold such opinions but are unwilling to admit to them — are important, and not just in quant studies. The term ‘institutionally racist’ was coined to describe unarticulated but poisonous beliefs like this, often embedded in cultures loaded instinctively against people from particular ethnic minorities — cultures controlled by the comfortable and complacent majority.

Still, at least this doesn’t affect our industry, eh? These kinds of attitudes are confined to worlds into which we researchers might dip, explore briefly and then leave, right? Well don’t be so sure.

Before Christmas, we were hired to work for a major charity. The brief specified a broad sample drawn (unusually) from several ethnic groups. Off we went to get it recruited.

Now I know that there are many quality people out there who’d recruit someone from the jaws of a lion if it were on the spec (we’re fortunate enough to work with some of them.) But I really wasn’t prepared for some of the conversations that took place when we kicked this job off.

Like the enthusiastic responses which became sudden disinterest when we mentioned we wanted to find Afro Caribbean men, or a ‘conflicting’ job was suddenly ‘remembered’. Or to hear that “there aren’t really any Asians around here” in a Midlands city where nearly one in three is of Asian ethnicity. I really wasn’t expecting, “You see, we don’t really recruit them”. Not in the 21st century. Not in a country like Britain.

I know…there are practical difficulties. White recruiters may not live close to ethnic minority groups. They may have little experience, few contacts. And yet…I sense rather less reluctance when we try to find people to seek out such other minority audiences as AB businessmen or dental professionals.

Again. Many recruiters are beyond reproach. They are colour blind. It isn’t simply about them. This is about us too. These experiences have made me think about the conversations I wasn’t having. About the silent prejudice.

Ethnic minorities now make up nearly 8% of the population. In some areas that percentage is much higher. So you might expect — all other things being equal — to see about four people from ethnic minorities popping up in a six-group project.

Given that this 8% includes rural areas where, generally, fewer non-white people live — and that we tend to work in conurbations with significant ethnic minority populations — then this figure maybe ought to be even higher.

Since 1991 the ethnic minority population of Britain has grown by 53%. In Greater London, 29% of the population is now non-white — over two million people. Think about that the next time you happen to sit in front of an all-white group there.

Where are they? Well, we do see the occasional person, but we should see — and ask for — more, probably far more. They can’t all simply be not eating the snacks, not driving the cars, not taking the holidays.

If all this makes for slightly uncomfortable reading…well, I’m uncomfortable too. You see, I read that Guardian piece, I was shocked. I thought, ‘Nothing to do with me’. But now I’m not so sure. 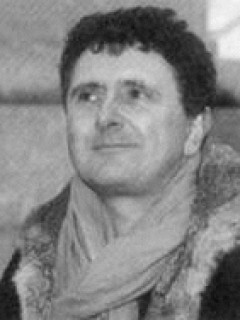