Into the melting pot

Neil McPhee turned up for the "Qual Remix" session - and enjoyed it - but bemoaned the lack of clients, the real target of this approach

Some 16 of us turned out to hear the re-run of ‘The Qual Remix’ session, first held at this year’s MRS Conference, and we were in the main rewarded for our efforts.

It’s always hard to judge the impact that subtlety and complexity have on some elements of the marketplace and sad to note that our numbers included only a handful of clients. Maybe they all attended the full MRS Conference sessions and therefore did not need to hear it again.

The session was essentially ‘of two halves’, first John Griffiths (Planning Above and Beyond) and friends presented their paper, ‘The Qual Remix’, about the use in parallel of several disciplines on a single project and then Rachel Lawes (Lawes Consulting) presented two thirds of her paper on ‘Three Dreams: New Qualitative Analysis in the Dreamworld’.The essence of John’s paper is that, by the judicious use of additional disciplines such as semiotics, ethnography, discourse analysis, etc., the qualitative research process is enhanced and reviewed, while greater insight/breadth of vision can be produced.

Here John, along with Paula Consenza (standing in for Siamack Salari, Everyday Lives), Greg Rowland (Semiotics for Brands), John Beasley-Murray (University of Manchester) and Gill Ereaut (Linguistic Landscapes) explained the use of all these approaches as brought to bear on a qualitative study on Binge Drinking.

I lack the space to review the paper’s content but it is worth reflecting on the notion of qualitative research/the moderator being akin to the singer/songwriter and the re-mix process being an increasing force to alter the moderator’s authority as the core of the research process.

The predominance of the singer/songwriter generated some monumental music, enormous creativity, and an example which was the target of achievement for many others (I know...I was one and am still trying!): the increasing influence of producers and the studio-based technicians has absolutely not been a success in terms of creating excellence in music, creativity and individualistic performances.

Likewise, the analogy falls short in that the end-result of re-mixing music has tended to be something that lacks passion and is a largely manufactured product. My concern is that John’s hybrid collaboration between disciplines may act to dilute the essence of qualitative research. The process is essentially the same — groups, depths, etc. — whoever performs them, but the way in which an individual performs them, and then interprets/analyses the findings is an art, not a science.

The presence of other specialists will also lead to potential conflicts between the moderator and the specialist (ethnographer, semiotician, etc.) as to what constitutes the meaning, the core lesson and so on. Camels, committees and camels.

John and his colleagues argued quite convincingly that the ‘checks and balances’ process did not (had not) resulted in a compromise of views but while specialist disciplines are without question a major contributor to qualitative research (bricolagerie itself), the possibility that not only the moderator but also the client will be left to chose between competing views must remain. The session was thoroughly worthwhile and certainly provoked discussion: in itself a major contribution.

Rachel’s paper (two thirds of it, anyway) covered semiotics, discourse analysis and ethnomethodology as well and applied these to contemporary art, celebrity status and personal web page design. The examples argued that while ‘standard’ qualitative research allows for quality insight into attitudes, beliefs and feelings, they fall short of accessing the ‘new’ socio-cultural context of modern consumer society: this requires new specialisms.

The pitch of all the papers was that to do our job (assisting clients to understand their markets better) we require new, specialist, more complex techniques and disciplines.

This seems to be more of a problem, as with only three clients (one of whom didn’t make it), the audience for these messages are already-interested/ committed researchers and the response we get from many clients can be at best uncomprehending and at worst dismissive. Until the complexity of the human condition and context is fully realised and accepted, such tools will be in danger of being dismissed as shamanism. The audience, however, seemed in general agreement and overall it was a good session, despite a slightly disappointing turn-out. 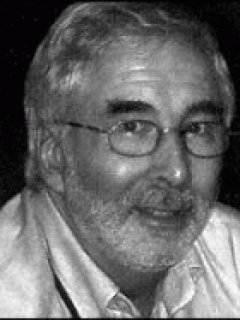 Neil McPhee is one of the most experienced specialist qualitative marketing researchers operating in UK today, with over 30 years of experience of applying research findings to a wide range of marketing and business problems. Neil was formerly qualitative director of MORPACE International in Woking and Managing Director of MSS in Bristol.