There are lessons to be learnt from the US Presidential Elections that apply to marketers as much as to politicians.

European marketing professionals, when considering the implications of the US Presidential election, have tended to focus on the further global decline of American brands. A discussion might touch on the fact that ‘according to a GMI World Poll, nearly 20% of consumers outside the US say that they will avoid American brands because of US foreign policy.’

Yet American brands are suffering for reasons other than George Dubya’s policies — obesity and changing consumer tastes, for example. For every McDonald’s, Coca Cola and GM, we find American brands that are thriving. Consumers queued overnight for entrance to Apple’s flagship store on Regent Street, Tommy Hilfiger is flourishing on the Continent, and Nike’s running shoes are still popular across the globe.

Clearly, any brand that trades overtly on its national status runs a risk. The cross-Atlantic riff hit French business as well as American; witness the French Government’s winter campaign to attract US investors to its shores. And in 2003, the British owners of French’s Mustard stated boldly: “The only thing French about French’s Mustard is the name!”

Disillusionment with historically great American brands, albeit on a global scale, mirrors our disenchantment with former high street favourites such as M&S, Dixons and WH Smith. Greater share of voice and remarkable ad campaigns cannot hide fading relevance, unmet promises or undifferentiated experiences forever. Across the globe, classic brands are attempting to remake themselves as they discover they are no longer trading on values that consumers connect with, be they based on the American dream or otherwise.

Still, perhaps we should look beyond brands for learnings from the November Election. Significantly, the result provides us with a more fundamental lesson, pertinent not just to the Conservatives given a possible General Election in May but to marketers and researchers, too.

John Kerry lost because he failed to produce a persuasive message that resonated with the majority of Americans. Exit polls and more recent surveys show that they trusted Bush more than Kerry to protect them from terrorism, regardless of whether or not they agreed with his policies.

Significantly, Kerry allowed the Republicans to define the debate, presenting only a new set of operating strategies for achieving George Bush’s vision. He failed to champion a new and motivating vision that distinguished him clearly from Bush. Many who backed him did so because of resentment for the opposition rather than adoration.

Back in the UK Tony Blair, unless the Conservatives engineer a miraculous and unexpected strategy switch, will win a third term. Like John Kerry, Michael Howard appeared initially to hope that a collection of resentments would provide a compelling reason to switch. If he’d taken his cues from the commercial world, though, he’d have discerned that increasingly only genuine propositions, truly relevant to our everyday lives, are providing consumers with a reason to buy.

Although the Conservatives introduced the meaningful concept of choice, they did so too literally. Allan Milburn set the debate for the domestic agenda by emphasising the end benefit of choice for real people — Work-Life Balance. And while Tony Blair may have done some things that the public doesn’t favour and not all of Labour’s policies have worked, the electorate still doesn’t believe that the Conservatives can fix Britain’s problems.

In recent years, politicians have taken communication lessons from the commercial world. Now, marketers can learn from politics. The tides are turning and a highly media savvy, and hence cynical, public is no longer wooed by window dressing, no matter how sexy.

As we plough on into the Noughties, consumers seek brands that change the debate honestly. They desire companies, products and services that move beyond derivative strategies and engage them in an empathetic and more significant manner. Marketers can no longer rely on the old methodologies and processes they have used to build brands. They must find means to not only hear the consumer’s voice but also engage with it proactively. Industry conventions have become our shackles.

To assist marketers in breaking free, researchers must advocate deconstructive techniques and promote real exploratory research. It is time to stop whinging and be more courageous and bold. When clients begin by noting that they already know what’s important to their consumers and state that they just need a competitive differentiator, remind them that John Kerry also thought so. 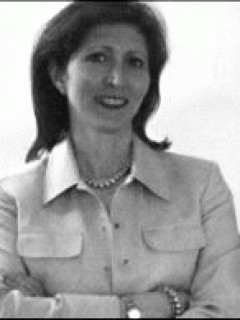