Life goes on after the storm

For the first three days there was disbelief. ‘We were stopped on the road by hysterical people shouting for us to go back as the sea was coming. Of course we didn't believe them and carried on.’ Then came a desperate need to contact family, and dread of what Anne feared had happened to her home. There was initial relief that it was untouched, followed by shock as the surrounding devastation became visible.

‘We walked to the railway line but it had gone. Boats were on the track. Houses had disappeared. The local nursery had collapsed. Some of you have already contacted me about helping local people, so if you want to and are able to send money, however little, we will put it to good use.’

Then the practical side took over, and a need for order among chaos. ‘Today we were making up packs of dried goods for local people and laundering clothing found in the streets for redistribution. An aid lorry arrived and we were asked to help distribute rice. Our plan is to ease obvious distress on a day-to-day basis, and then wait for whatever government aid is coming. We have decided not to hand over hard cash but rather pay for things for people.’

Anne cries for the first time as she reads emails of support and realises the mammoth task ahead. She is numbed at the sight of the dead at the train crash site. The sea came 2.5km inland and the devastation is indescribable, yet a glimmer of optimism emerges. ‘The mood today has been more upbeat. Local men have been working on loading rubble from the side of the road onto trucks.’

Anne starts to consider how the funds raised can be used, suggesting rebuilding houses for homeless beach families, replacing fishing boats and nets, buying sewing machines for the tailors. ‘We're trying to put the money into projects where people can support themselves, which will regenerate the community. Other than that we are locating needy people and providing day to day help.’

Anne realises she can’t do everything so starts to delegate, but has to counter anger at the slow pace of aid. There is also disbelief that five neighbouring villages strung over 12 km of the coast virtually no longer exist.

‘Our Sri Lankan neighbour has been given the task of locating families in most need. There are lots of hungry people here. Aid is not getting through. We were promised tents, but I haven't seen any sign. There are still many people sheltering in the schools.’

When Anne discovers the delay is due to none of the international aid organisations knowing the location of displaced people, she uses her own local knowledge and races around in a tuktuk interviewing monks at 26 different refugee camps in one day. She starts to work out how much projects are going to cost to become effective, but depression at the sights still creeps in.

Exhaustion is followed by enforced rest. ‘We've got involved with a boys' care home, a mixture of orphans, street children and some from abusive families. They’re expecting an influx of orphans in the next few months. This, again, is something that could be a short or long term project.’

What a relief to have some relief! ‘Thankfully the big aid agencies are now moving in and starting to get organised, a month after the event. We think it better now just to sit back and watch and then catch the fallout once these groups have spent their money and disappeared.’

Anne fears that Sri Lankans may become apathetic. ‘Care is needed now not to allow the Sri Lankans who have been offered help to become apathetic. Those living in tents seem reluctant to consider moving out, probably because they are traumatised at having lost family, home, belongings and job.’

She feels frustrated that there are so many long-term projects to get started on. ‘All are being delayed by bureaucracy and red tape. I can’t help feeling that we will be more valuable in a couple of months’ time once the aid organisations have left and we can then pick up the pieces.’ Penny Foukes, The Transcription Agency

AQR members at the AQR Not the Christmas Party contributed over £200 to the Sunny Appeal that Anne is using to channel aid. For further details, contact penny@thetranscriptionagency.com 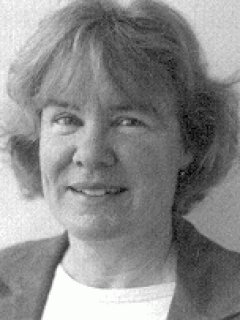 Penny is Managing Director at The Transcription Agency.