Obesity through the Eyes of the Obese

Obesity is a subject that is never far from the media eye, writes Heather Pollitt.

Obesity is a subject that is never far from the media eye. In fact, you would be hard pushed to find an adult in the UK who has not seen or read a story relating to obesity. ‘Super Size Me’, ‘Fat Friends’, ‘Celebrity Fit Club’, ‘Fat World‘ and, most recently, ‘Jamie’s School Dinners’ have all become part of the national consciousness. Daily articles in newspapers attempt to cover every angle of obesity. We are regularly told that more and more people, regardless of age, are getting bigger and being told they are obese in terms of their body mass index.

My initial objective was to research obesity in relation to ethnicity, interviewing Caucasian, Afro-Caribbean and Asian men and women specifically for this piece. The result is entirely different. Why? Because the research showed that the burning issues are victimisation and overstretched resources in the health service, both of which are blind to the colour of people’s skin.

I found an increasingly intolerant attitude towards people who are overweight and obese, coupled with increasing levels of abuse aimed at people who are. And this is having a very real and negative effect on people’s lives:

The burning question is ‘should this be tolerated in a civilised society?’

What’s a Fat Cow Like You Doing Eating a Bag of Crisps?

Over the years ICM, the company I work for, and I have conducted many qualitative research projects on behalf of pharmaceutical and public relations companies to explore the issues related to obesity among those who live with it and those who treat it.

In 2005 it is clear is that obese or overweight people are likely to be on the receiving end of abuse for the way they look. For many, disparaging looks, insinuations and verbal abuse are part of daily life, sometimes starting as early as primary school. The abuse continuously hangs over them like a dark cloud, leaving them feeling like ‘second class citizens’, ‘inadequate’, having less rights than thin people.

This feeling is something many people recognised and could associate with. These feelings of inadequacy are developed over time through continual reinforcement in the form of every disparaging look, word of abuse, name calling along the lines of ‘fat bastard’ and ‘you fat f*cking pig’.

Fear of society judging them is commonplace among many obese people and affects all aspects of their and their families’ lives. An example is one woman’s dread of parents’ evening:

What’s more, the stigma associated with the term ‘obese’ is such that most overweight people are wholly uncomfortable with it, believing it to be a term used to bully them, making them feel more victimised. They would prefer to describe themselves as ‘big’, ‘plump’ or ‘well rounded’. They hate the term ‘obese’:


“When people say obese, I just want to crawl somewhere, it’s almost like you have to apologise for yourself, it makes you feel inadequate and as time goes on it gets worse.”

Is obesity such a scourge on society that people who are obese should be vilified to such an extent?

Causes of obesity vary. Some people are ‘chubby’ or ‘plump’ at school. Others pinpoint childbirth or giving up smoking as the start of their ongoing battle with the bulge. Then there is the link to emotional trauma, such as divorce or bereavement:


“I smoked 40 cigarettes a day, my sister died 2 years ago and I said at Christmas, when it was the anniversary of her death, that I would give up and I have stayed off them, but of course I’ve put on another stone. You know you are objected to if you smoke and then you are objected to when you’re fat. You just can’t win.”

Loneliness, boredom and guilt are also identified as key factors, particularly among women. Single women feel they are more likely to put on weight as they had nobody to curb their eating:


“I need someone to tell me to stop eating the teacakes. Without anyone to do so I just eat the whole box of 12! And you know what? As soon as I’ve finished that I could eat the same all over again!”

But women with partners argued that having a partner does not prevent ‘secret eating’. So where’s the solution?

In actuality, obese people accept that the blame for being overweight lies with themselves and not the media or government. However they also voiced that it was all too easy to put on weight in today’s society with everything aimed at ‘convenience’.

In fact, many stated that ‘obesity needs to be recognised as an illness and not just greed’. People felt they were judged for having no willpower whereas smokers and heroin addicts would not be; it appears that it is as much of an addiction as smoking, alcohol or drugs and needs to be treated as such:

Many were in total agreement with this statement, adding:


“It’s not that we don’t want to do anything about our weight, it’s that we’ve tried everything around, short of stomach stapling.”

So why isn’t obesity treated with the empathy and understanding afforded other addicts? Sufferers were indignant about the fact that there is little or no support available for them, certainly when you think about AA, counselling, and various other clinics available to people with a drink problem. It somehow seems more acceptable to have a drink problem than to have a food problem.

GPs acknowledge obesity is a growing problem and feel it is only a matter of time before weight management becomes part of their remit. But alarmingly, at present, many GPs have neither the funding nor resource to tackle obesity

With an ever increasing weight problem in the UK, the burning question is what can be done to at least stop the trend and ideally reverse it?

The majority of people agreed it was almost ‘too late’ for the adult obese and educating children from an early age is where we can start. Healthier school dinners, with the removal of chips as an option; more exercise and less fast food would be the obvious approach. Jamie’s School Dinners was a great wake-up call but more needs to be done. This comment from a 17 year-old schoolgirl is just one example of how habitual unhealthy eating among the young is:

Enforcement of healthy balanced diets in school canteens would take this one step further, providing an informed base for future generations.

BUT how do we reach the parents? The most obvious channel would be for nutrition and dietary advice being offered to parents via schools, ensuring children have healthy options at home as well. Dietary education is the key to the maintenance of healthy diets and therefore a healthy nation.

What about increasing the price of unhealthy and fast foods to dissuade people buying them? The respondents felt this could be done through an increase in taxes on these foods; however respondents did admit that their problem was largely a question of willpower and not the availability of food. Having said that, most agreed that clearer labelling of foods was important because it allowed for immediate assessment of each meal in terms of how healthy it was.

Exercise is recognised as an important factor BUT those who join and begin to attend gyms usually don’t continue due to feelings of discomfort about their size:

“I’ve been to the gym and I went to a class there. I went straight to the back of the class because I don’t want everyone to see my bits bobbing and bouncing around. All the sticks, the ‘thinnies’ are at the front! I never went back again, it was so depressing.”

A solution? BIG gyms where no one under a size 16 dress can join? The problem with that is the gyms will be victims of their own success: where do the members go once they lose weight? Exclusive classes for the overweight? It was agreed that would be a start. Affordable gymnasia that cost less than £70 per month plus joining fee? Yes please, they cry.

In the final group discussion one participant commented:

“I dislike being this shape, but I think this is down to how I know other people will judge me. I would love to be different as people would see ME rather than my size.”

Perhaps one way of tackling obesity is for society as a whole to reclassify it as an illness. To understand that it is a type of addiction, not greed. And then to spend time thinking about how we can help the sufferers instead of humiliating them.

Heather Pollitt
This article was first published in InBrief magazine, May 2005
Copyright © Association for Qualitative Research, 2005 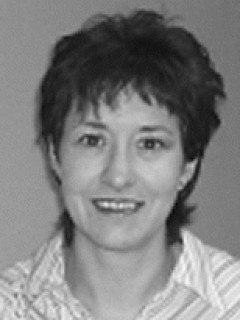 Heather Pollitt is a director of ICM Research and head of its healthcare division; she has over 15 years experience within the healthcare industry.