You know Them — you can’t get away from Them. They want you to do this; They don’t want you to do that. They hide the truth, They lie, They change the facts to suit Their needs. They’re powerful, influential and, judging by the number of pies They appear to have Their collective fingers in, there must be loads of Them. But who are They, and what do They want?

Not so long ago the idea of shadowy, powerful figures monitoring the minutiae of our existence and manipulating the progress of our lives was just a bit of fun. Mulder and Scully found Them in the upper echelons of a deeply corrupt government; turquoise-clad TV presenters identified Them as giant lizards in the seats of power; we watched, we sniggered, we were entertained.

Now things seem different. The research we conduct focuses on all manner of subjects, from health to cars via pornography, but get a few people chatting about any subject and you can guarantee that someone will mention Them (1). Healthy eating? They’re not telling us the whole truth. Loyalty cards? That’s so They know what we’re buying. They are always behind it, everyone else will agree with slow, sage nods; that’s just how They would act, isn’t it?

You Don’t Have to be Paranoid to Live Here, But it Helps

Conspiracy and paranoia have become popular conversation fodder for the British public. They’re now happy to voice claims of malevolent monitoring and wilful deceit that might have been previously dismissed as the ramblings of a deranged fanatic who’d seen one too many Oliver Stone movies.

Conspiracies are not just theories any more — they’re conspiracy facts. And uncontested facts at that. Data protection laws, major multinationals, drug information campaigns and junk mail are all commonly assumed to be part of some larger, unseen Masterplan that They have put in place. Photo ID is often seen as the root of it all: the common attitude we encounter is that such forms of identification will provide instant access to a huge stockpile of information for anyone with access to the system. One swipe of the driving licence and your bank manager will know what you had for breakfast.

The logic can be clouded or contradictory but that doesn’t cause too many problems: normality has a new baseline that accepts paranoia as a natural product of our society. But if what was once paranoia is now normality, what does it take to be considered paranoid? In a society that readily believes that the government has enormous files on every one of us, what could be so shocking that people would find it hard to believe?

The new paranoia is hard to identify; They are presumed to be so nefarious and underhand that little seems outlandish any more. Perhaps it would be reading our minds, preying on our thoughts, manipulating our desires. But is that really so different from a reality of reading our emails, building psychological profiles of all of us and persuading us we want things through clever marketing?

Do They Exist at All?

Interestingly, although happy to espouse such theories, few ask the obvious question: why would anyone want a file on us? Do They really need to know we’re addicted to Mini Cheddars or drive a Cortina? Have They really got that much time on their hands? The answer to this might lie in the identity of Them.

Opinions differ on the specifics, with vagueness being the common thread. They are the people in power and with authority, the people who have the wherewithal to control our lives. Certainly governments are prime suspects, be they ours or those from other countries, especially America. Big business tends to be fingered too — they’ll do anything to stay on top. After that, things are a little less concrete with religion, asylum seekers and the media all standing accused. So They are apparently a mixture of the state, the rich, and the troublemakers. Yet They don’t seem to have a very coherent plan.

Sending Alcoholics Anonymous literature to someone after they’ve stocked up on booze at Sainsbury’s (as we’ve been told has happened) is unsettling but isn’t particularly evil. Junk mail, whilst annoying, doesn’t appear to be making full use of Their exhaustive files.

Are They instead simply a product of the nation’s overactive collective imagination? History would disprove this: from the Kennedy assassination to David Kelly’s suicide there have always been rumblings of foul play, possibly (probably?) involving senior sources. Whether it’s the botched attempts of Mark Thatcher and his cronies to start a coup in Africa or the “dark forces” that made David Blunkett resign, the evidence would seem clear — conspiracies do happen, and there are shadowy people behind them.

The Truth About Lies

These days, talk of Them is commonplace and murky motives are expected. Big Brother is definitely watching — we’re sure of that. Though all he’ll be seeing by the look of things is a collective shrug of the shoulders and rampant accumulation of Nectar points. Because despite the fact that people believe they are being monitored and lied to, they seem content to let it happen. The concept of a comprehensive monitoring system whittling away at our liberties is commonly discussed as fact. Yet despite its scarily Orwellian nature, many don’t see this as too much of a problem. If you’ve nothing to hide, so the thinking goes, what’s the problem?

This is a confusingly paradoxical situation: how can there be so much paranoia about Their actions and yet so little concern about the effects of those actions? Perhaps this attitude comes from current affairs. The War on Terror has clearly confirmed latent mistrust, carried forward on a tide of ‘sexed up’ documents, skewed intelligence and questions over its legality. Concern over the imprisonment of terror suspects has made the erosion of civil rights a talking point. Mistrust of authority has now become engrained within society but to such an extent that it seems many people simply just accept it.

Essentially, Britons’ attitudes towards Them are much the same as Jeremy Paxman’s attitude to political interviews: they ask “why is this lying bastard lying to me?” It is a far simpler process to assume that the authorities are trying to manipulate us and work backwards from there. If you trust no-one and believe nothing you hear it is far harder to be duped. You’re also less likely to vote — 39% of those registered to do so did not head to the polling stations on May 5th. In many cases this has lead to a form of informed apathy — if they’re all going to lie then what difference does it make who runs the country? In an age when paranoia is the only truth one can be sure of, it has become even harder to make a decision — for many people we talk to it’s not just a case of filtering out the lies any more, it’s a question of deciding whether any truth is being spoken at all.

The implications of this might be worrying. The word ‘liar’ was bandied around during the election campaign with little impact on the polls and even less in terms of shock value. Lying, it seemed, was not big news, and whilst it might have ensured some protest voting it did not seem to cause the same stigma as being ‘uncharismatic’. If we’re that used to (maybe even expecting) lies, have They truly managed to blur the lines between truth and deception?

Or maybe we’re all confused and They are just the product of fevered imaginations force-fed on Hollywood plots. But that’s just what They would want us to think, isn’t it?

FOOTNOTE: Rob Hartley would like to point out that the research methodologies employed to secure these findings were predominately group discussions and in-depth interviews. He is not the man who was snooping through your rubbish or following you around your local branch of Tesco to observe you shopping in your natural habitat. 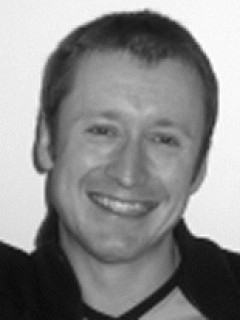 Rob Hartley has been a member of the AQR since 01/2021. Rob is Group Research Director at 2CV Research.