Getting a grip on communication

At one time or another, we all tend to rubbish what’s on television. Well, try and envisage what it’s like getting the views of the great unwashed about what’s on, how much they reckon it’s worth, and whether it fulfils the public service broadcasting remit of whatever channel they’re watching. And that’s just for starters…

Ofcom, often termed the ‘super regulator’, has a range of tasks. One is to look out for the consumer when it comes to broadcasting, telecoms — indeed all electronic communications, including broadband.

Vanessa Hyland, Ofcom head of Ad-Hoc Research, joined last June from the agency side with a pedigree that spans Research International, Hall & Partners and TRBI. A desire to work on the client side propelled her to her current post.

“It was certainly an interesting opportunity,” she says. “It just sounded fascinating and challenging in terms of my existing knowledge, and I thought that it would stretch me as a researcher, to be honest.”

Her background has stood her in good stead, giving her a good overview of both qual and quant work, particularly in terms of understanding what is involved in commissioning, negotiating and analysing research. She is part of a five-strong team, reporting to a director and with two researchers working on broadcasting and two on telecoms, focusing mainly on ad hoc work.

That, however, is only part of the full complement which numbers are 28 in total. Another couple work on more statistical analysis, there are eleven in the market intelligence team and another team in what is called the ‘Knowledge Centre’, which sources information for Ofcom as a whole.

Its size reflects the demand for research within Ofcom itself. Yet it does not just commission its own research, it also co-ordinates studies that hail from a multitude of sources — particularly when it comes to informing Government policy.

Take the report on child obesity and food advertising. A glimpse at the relevant web site page shows an executive summary drawing on the results of two reviews of academic literature, background data on national lifestyle changes — and many more besides. Ofcom also commissioned bespoke qual and quant research to identify influences on children’s food preferences, purchase behaviour and consumption, and the role of TV advertising in this context.

The regulator is not a closed shop when it comes to commissioning research. “When it comes to the qualitative side, we are prepared to use a wide variety of agencies and are very open to new and interesting techniques,” says Hyland.

So what does she look for from a qual agency? “Well, everybody has to deliver on the quality, process and timelines elements,” she says, “but we are also looking for enthusiasm, energy, professionalism and people who can offer research above and beyond a set standard.”

This is reflected, for example, in the ethnographic research it commissioned as part of a large study that evaluated the UK’s media literacy landscape, setting the scene, with the results feeding into the quantitative research.

“We did twelve in-depth portrait interviews with consumers nationally,” says Hyland. “This involved interviewers spending half a day with each of them in their homes, discussing their relationships with different media platforms: how they interact with television, PCs, mobile phones, internet broadband, etc.”

The benefit of such studies, she says, is that they can be videoed, producing vox pops that illustrate consumer opinions on technology and media issues. “Obviously the policy makers internally don’t often get to hear consumers speaking their language about relevant issues,” she says, “so being able to video the basic comments of people in their homes can prove very enlightening.”

Most Ofcom studies contain a social research element. “So if you are talking about content issues, obviously you want to understand the societal impact of that: how people are responding to the Broadcasting Act, child protection and watershed issues,” says Hyland. “Society’s views on a lot of these specific issues are integral to the work that we do.”

And given the pivotal role of communications in today’s society, this is likely to lead to a number of research challenges in the not too distant future. Hyland highlights issues covered under the multi-channel/convergence umbrella as worth mentioning.

“More specifically, though, I guess the real challenge will be to monitor the fragmentation of viewing, since as more people veer to multi-channel platforms the share of individual channels drop,” she says.

“We’re also currently discussing personal video recorder (PVR) usage, and its impact on time shifting viewing and the potential erosion of the watershed.” The real practical challenge, though, is the low penetration and how to talk to people in a cost-effective fashion so as to get their viewpoint. It’s a problem with which many other research buyers will sympathise.

Vanessa Hyland
This article was first published in InBrief magazine, May 2005
Copyright © Association for Qualitative Research, 2005 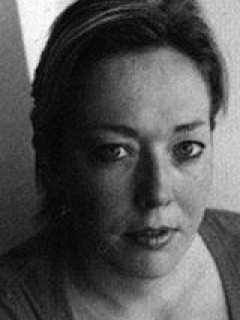