Matthew Rhodes aargues that politicians ignore at their peril the contributions that Qual can make to campaigns.

Politics today has become essentially managerial in nature. There are few radical policies among major parties vying for position on 5 May; instead these are competing on management ability: a better health service, less illegal immigration, the best return on investment for tax payers’ cash…

As in all managerial roles, metrics are king; politics is increasingly about the bottom line. Whatever the issue, each party has produced numbers explaining why its policies are best and why the opposition’s numbers don’t add up. Bold numbers make tempting headlines and easy soundbites — but they often raise far more questions than they answer.

There was a time when people believed that all our decisions could be viewed quantitatively, but reality is rarely so simple. As experiments conducted by pollsters have shown, members of the public will often alter their views — particularly if previously undecided — when provided with more and better information on which to base a decision.

Political parties should, therefore, have an interest in better informing the public, and in turn being better informed about them. Policy must be explained in a comprehensive and convincing way, based not just on data but on a synthesis of opinions, comments and thought. Alongside policy research, there is a significant need to understand the voter and the citizen. Research is critical and this research must go beyond plain numbers and facts to paint a more delicate picture. As any qualitative researcher knows, individual facts and data points belie myriad thoughts and beliefs. In order to fully understand the voter, and to be fully understood by them, it is these that must be fully explored and explained; a better information base can only be of benefit to politicians.

In the run-up to 5 May, voters are in need of solid and reliable research into key issues like regional development, immigration or the UK’s place in Europe. Policies on these issues need to be based not only on political rhetoric, but on insightful and complementary qualitative and quantitative research.

While numbers make easy headlines, they are flawed and not always easily accessible to the public. Voters do not really understand sampling techniques or statistical margins of error, mainly because of a lack of time or a lack of inclination to unpick the methodology that lies behind them.

In contrast, the public can readily understand information that does not require a crash course in statistical analysis. This is where qualitative research comes to the fore: proper evidence in a format that is accessible and comprehensible. And if the research is conducted by outside organisations which do it for a living, not for political gain, it is going to be more objective and impartial.

In politics, however, little research is truly impartial; lobby groups masquerade as think tanks and think tanks masquerade as independent researchers. There is a dearth of true research — quantitative as well as qualitative — conducted by professional researchers and not those with an axe to grind or an election to win. Without a system of government by committee or by consultation, it is critical that politicians understand real opinions and base ideas on solid research.

If politics is becoming more managerial in style, then perhaps the analogy of metrics and the bottom line is not necessarily the best. Management is about decision-making; in politics decisions need to be based on solid research, positioned so as to have the desired positive effect on target groups.

Decision-making in government is also becoming more evidence-based. Policy-makers are looking for detailed, impartial research not only to support their decisions but also in order to support the entire process of policy. This need for evidence is driven both by greater openness and accountability in policy making and a drive to engage public opinion at an early stage.

Politics is about policy. Whether you are making policy in government or drafting manifesto pledges, there is a need for a justifiable and sound research base. Manifesto pledges may become policy and so need to be approached in the same, methodologically sound way.

Research must, therefore, be as integral to all parties involved in politics as it is to government’s forming policy; a serious political party needs to ground its beliefs and manifesto pledges in solid and thorough evidence that goes beyond mere numbers to a fuller, more comprehensive research package.

Evidence-based manifestos feed evidence-based policy making. In these days of soundbites and truncated manifestos, it is important not to overlook the contribution that qualitative research can make to the political and policy processes.

Matthew Rhodes
This article was first published in InBrief magazine, May 2005
Copyright © Association for Qualitative Research, 2005 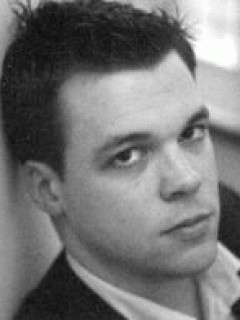