What state are Europeans in?

Reactions to the European Constitution highlight the importance of national identities

Europe is in trouble. As the French-battered Constitution stalls in its march towards a single political European state, it's easy to sense a growing identity crisis among Europeans, especially those on the mainland. Can we be 'Europeans'? What does this mean? What values do we hold?

This February the European Commission faced a rebellion after the Italian and Spanish languages were quietly downgraded as working languages of the European Union.

The riled response was partly down to an ongoing reluctance to let the 'big countries' monopolise the direction of Europe, even in a small way, combined with a sense of Italian and Spanish nationalism. "It is right to speak our own language," said one Spanish official. "This is what Europe is all about. Ours is a language spoken by more than 400 million people worldwide."

The Italian and Spanish reactions are interesting given a recent Harris Interactive survey which found that both countries showed the highest level of national pride among larger Western European countries. It reported last year that 57% of Spanish and 46% of Italian consumers were 'very proud' of their heritage.

This beats the 43% of British, 33% of French and 23% of German consumers who boasted of their pride, but doesn't rival the Americans. Some 84% of them confessed to being 'very proud' to be from the US.

Despite such differences, national pride does feature to a large extent in virtually all European countries (except Germany). Even when those Spanish, Italian, British and French consumers who were 'somewhat' proud' of their countries (as opposed to 'very proud') were added to the mix, national pride still features large. The differences are just not as pronounced - ranging from 78% to 85%.

The elements of national identity, born partly out of a sense of national pride and of maintaining the cognitive boundaries of the 'imagined communities' that sit behind nationalism, are seen throughout Europe and extend far beyond a desire to guard national languages.

European consumers, for example, can find it fairly straightforward to delineate their own, and others', cultural differences - and some of the stereotypes that underpin the sense of national identities. A recent light-hearted piece of research by the 'Ecole Superieur de Commerce' asked consumers across Europe to describe the French.

"Interviewees were simply asked an open question: what five adjectives sum up the French," explained Olivier Clodong, professor of social and political communication at the Ecole. "The answers were overwhelmingly negative (ranging from chauvinists, shallow to flesh-loving). The French are admired for their trains, the Airbus and Michelin tyres. But the buck stops there."

Shifts in national identities have also materialised in former Soviet Bloc countries, where attitudes towards past communist regimes have been improving as consumers become increasingly disillusioned by the promises of European capitalism - a phenomenon termed 'Ostalgie'.

The successful 2003 film 'Goodbye, Lenin', for example, which recalls life in the German Democratic Republic, was followed by TV shows that celebrated the fashions, food and everyday hassles that characterised life in East Germany - a Soviet communist satellite between 1949 and 1989.

But let's return to the subject of the EU Constitution rollercoaster of recent weeks. The reasons for its rejection by the French were complex, and partly about punishing President Chirac's inability to halt the country's slide into further economic difficulties.

The French 'Non', however, was also driven by national values to protect the country's social system and because of an aversion to Anglo Saxon-style economic policies. Citizens' attitudes towards the type of democracies and economic principles they value were articulated and illuminated in their response to an attempt to unify European values.

What is perhaps becoming clear within the Constitution is the uneasy contradiction in the assumption that the mere elaboration of principles and procedures is sufficient to conjure up a clear overlying European identity.

Reactions to the European Constitution expose and reinforce the core set of national values, and differences, of each constituent country. The French example starts to show that underlying national identities are being strengthened by democratic debate, while as with democratic institutions a national identity is formed and strengthened through repeated expressions of the popular will.

Perhaps all is not lost, however, in the search for a 'European identity'. According to Henley Centre's international data, anti-American sentiment runs high across Europe. Some 73% of the Spanish, 64% of the French, 62% of Germans, 58% of the British and 50% of the Italians all agree that 'Our society is too Americanised'. We might yet unite against a common front. 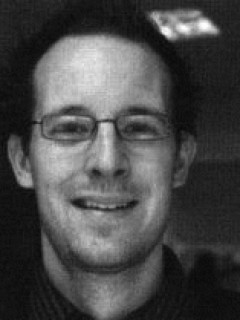