Ben Marshall knows more about voter attitudes than many politicians, but he has no idea who'll win next time

It's probably four years to the next General Election, but one organisation is already keeping its finger firmly on the public's pulse. In fact, the Electoral Commission knows better than anyone - apart from its political masters - public attitudes towards voting.

Contrary to popular thinking the Commission is not a quango. Set up in 2001 as an independent statutory body, it regulated the registration of political parties and donations to them. It currently employs over a hundred members of staff, who as well as regulation are involved in electoral modernisation, campaigns and outreach. Research manager Ben Marshall was its first ever in-house researcher, joining from MORI and drawn by a desire to work client-side and see first-hand how research is used to inform policy development. In the 2001 Election, he had the Commission as a client. Now he heads a team of four - including him - but as recently as March 2004 he worked with just one other. His department's expansion is evidence that the Commission's appetite for research is growing.

So what has it brought to the party? In the light of Ben's background at MORI, and previously at Ipsos, he took it for granted that qual would enable the Commission to 'get under the skin' of an issue. It has also, he adds, proved "an invaluable aid in understanding the frequent nuances and 'yes, but...' nature of public opinion."

"Research to inform our policy reviews and electoral pilot scheme evaluations has also contributed to the internal debates we have had as an organisation before making our recommendations on issues such as the future use of all-postal voting and the funding of political parties," says Ben.

There are two projects that have proved particularly interesting to date. The first, carried out last year, tested public attitudes towards the funding of political parties. "It was challenging in that it involved research into a fairly low salience topic and the focus group discussions had to become 'learn-with-us' deliberative-type ones," he says. The other took place a year earlier, exploring public attitudes towards European institutions and the (then) forthcoming European Parliament elections. It found such a low public knowledge of - and interest in - this area they had to throw away the topic guide.

"That was a finding in itself," says Ben. "The research also gave us a lot of valuable information about general attitudes towards voting and was crucial in the development of our 'If you don't do politics, there's not much you do do' campaign, which included TV advertising."

The Commission has a sizeable budget to work with, £24m for the next financial year, with the proportion allocated to research varying year on year. This year, for example, it's been larger owing to the General Election, since the Commission is legally bound to write a report on it.

"Typically we spend in the region of half to three quarters of a million pounds on outsourced research and most of this is on primary survey research, plus secondary 'academic' literature review research," he says. "We are also doing more research in-house."

The nature of the Commission's work means that research has to be handled with sensitivity, with agencies also needing to demonstrate reliability, value for money, sector knowledge and enthusiasm. "We also value thoughtfulness," says Ben, "which is particularly reflected in the design and reporting stages. To borrow a phrase from one of our regular agencies, I like one which is a 'creative partner' and sees itself as such and not simply a 'field and tab' agency."

The whole issue of voting is, to many sections of the public, a very emotive one with some commentators seeing the need for voting reform and rebuilding of local democracy as affecting propensity to vote. Despite such views, the Commission has done its best to argue that - important though debates about postal voting and electoral registration are - for a significant section of the electorate, the 'why' of voting is more important than the 'how'.

Another big issue relates to the way that people perceive 'formal' politics, particularly party politics between elections. Voter 'apathy', says Ben, is an over-simplistic characterisation. "Did you know that people were as interested in politics going into the 2005 election as they were in the 1970s?"

For the future, he sees his greatest challenge as one familiar to any client-side researcher. "We will need to continue to demonstrate the value of our research, both internally and externally, and to communicate it well to busy, distracted people."

In terms of the bigger picture, with four in ten not voting in May, it's clear that the Commission, and others, have their work cut out in persuading people of the value of voting. 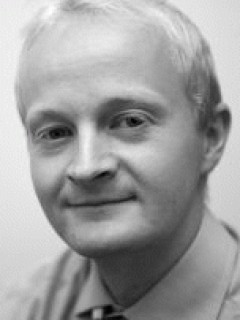