Let's have a bit of spontaneity

As an AQR Independents ‘Lunch Meeting virgin’, it was with some trepidation and curiosity that I approached the sombre sounding Brown’s Courtroom 3 back in August.

What would it be like, who would be there, would it have been worth the two-hour journey I wondered? My fears, however, were quickly displaced by the warm conviviality of the surroundings, the people and the delicious lunch; plus generous quantities of wine!

Having chatted over lunch to a number of like-minded small business people (the businesses, not the people) about the joys of working for oneself as well as the anxieties regarding the unpredictability of workflow, I settled down for a post-prandial nap as Geoff Bayley took the floor.

No chance for a snooze here. He argued brilliantly that discussion guides should be written using a qualitative lexicon rather than a quantitative one, and that the reason for a preference for the latter was often the moderator’s desire for control and our clients’ lack of trust. And that, because we’re unconscious beings who don’t divide the emotional and the rational, direct questions are limiting.

Instead, he advocated that we construct our discussion guides based on issues rather than simply questions and embrace the spontaneity of the group discussion. Respondents would thus arrive at self-discovery and we’d have helped them get there. The feeling should be rather like unstrapping your ski boots. We would feel less secure but be liberated in responding to the here and now.

After he sat down quite a debate ensued. There were some who wholly supported his notion that we should educate our clients not to demand ten-page question and answer discussion guides, and others who were angry that we should be expected to ignore the demands of our bill-paying clients.

There was some sympathy expressed for the internal ‘sell’ which research buyers had to do on occasion within their own organisations, and the usefulness of a comprehensive discussion guide as a persuader in this process.

But, on the whole, I had the feeling that most were challenged by Geoff’s talk and were thinking that in a perfect world they would do what he advocated; internalise the discussion guide and then throw it away. I went away wondering how I could help our clients get more comfortable with the ambiguity of the issues-led discussion guide, but convinced that as qualitative researchers we should try to harness this more spontaneous, unconscious and interactive thinking. 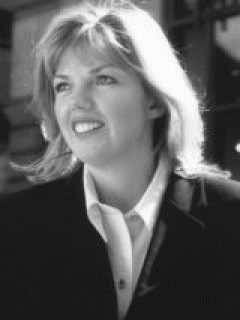