A view from the top of a bus

If there’s one thing the great British public likes to moan about — over and above the weather — it’s our public transport system. Why do buses come along in threes? Why is there never one when you want one? Why are they always full up?

The Department for Transport’s Ten Year Plan 2000 acknowledged some of these failings: the fact that in many towns and cities, public transport does not offer an attractive choice. It noted declining usage of buses — down by two-thirds since the 1950s — something that deregulation in the mid-1980s failed to halt.

But take heart: the transport authorities around Britain do want to understand public perspectives on individual systems, and establishing their passenger priorities by means of research — both qual and quant — has become an integral aspect of business activity rather than an add-on extra.

Donna Cooper is part of one such research team — currently four strong — at the Greater Manchester Passenger Transport Executive (GMPTE). She’s been there for around two years, having worked the previous eight for independent transport consultancy MVA.

So what attracted her to transport? “My passion for the subject began at Newcastle University,” she says, “where I gained an MSc in Transport Planning and Policy (after a BSc in Geography at Lancaster University). “My education and early career were very much transport rather than research focused, but I accidentally stumbled into research around five years ago. I stepped in at the last minute to conduct a focus group (the moderator was ill), and absolutely loved it.

“I couldn’t quite believe that I could be getting paid for chatting to a group of people about something I was so interested in — and yes, I do know there’s a lot more to it than just chatting! While I don’t have any academic qualifications in research, I have since built up quite a lot of experience and am surrounded by very capable and experienced colleagues.”

Donna works a three-day week, allowing her ‘quality’ time to look after her two young boys. The original aim of the departmental team was to carry out both the qual and quant work in-house, but the reality is that members spend most of their time managing agencies and consultants.

The GMPTE exists to implement the policies of the Greater Manchester Passenger Transport Authority (GMPTA), which funds it. “Our aim is to try and find out what the people of Greater Manchester want from public transport, then work out what we can do to improve things for them,” says Donna.

Qualitative research — mainly focus groups and in-depth interviews — is used to explore in greater detail passengers’ perceptions of different aspects of bus, rail and tram services. The department also investigates the views of non-users or infrequent users of public transport to see what (if anything) would persuade them to use public transport more.

These views are then passed on. Passengers, for instance, suggested that an apology from a driver if the bus was late would be well received, and that there should be stricter and enforced penalties for eating, drinking and smoking. The operators have taken the suggestions on board, so it’s a matter of waiting to see what action they take.

Some of Donna’s projects would be familiar to any well-known brand. GMPTE, for instance, undertakes a large scale quantitative survey every six months to track changes in levels of satisfaction with public transport. Qual — in the form of six focus groups with different sections of the population — plays its part in this survey by helping Donna and the team decide which ‘attributes’ of public transport need to be on the questionnaire and which don’t. It also has a role in the creative development of GMPTE’s radio and printed advertising campaigns. Donna even takes qual ‘on the buses’, conducting groups and depths with users. “This includes filming the groups and taking ‘vox-pops’ from passengers,” she says. “We are hoping the video clips can be used in future promotional and lobbying material!”

Maybe this thinking is too limited. Might it not be used as the basis for an updated version of that sitcom of the same name, with research helping to steer the storyline? Johnny Vegas as the new Reg Varney, albeit as a driver conductor?

While waiting for the call from the Beeb, one of Donna’s main tasks is to ensure consistency in the ad-hoc work that is commissioned. This is helped by judging bids using set criteria.

As well as looking for agencies that understand the research objectives and the wider issues, Donna also appreciates innovative techniques and methodologies that challenge existing thinking, while value for money is a must for a publicly-funded body like GMPTE.

So what does she see as the main challenge for the future? Not just to gain passenger perspectives, but to persuade colleagues to act upon the findings. “We need to disseminate and communicate the research results effectively both within and outside the organisation — even if the findings are not what was expected,” she says. 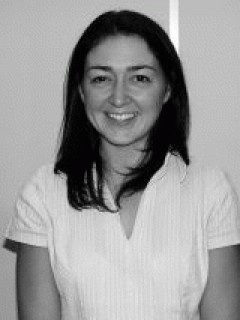