Holidays should start at airports

Where do the ultra-rich go for a break? James Lawson knows, and he's ready to share a few secrets

"The rich are different from you and me". "Yes, they take more holidays", Hemingway might have replied.

The consumption habits of today's millionaires and the ultra-wealthy are similar in certain ways to the population as a whole. When we ask them about favourite car marques, popular answers include Aston Martin, Jaguar, Bentley, Rolls and Mercedes.

Ask them what they actually buy, however, and the answers are frequently a lot less exciting: Volvo, Honda, Ford and Volkswagen. Many of today's wealthy have reached their status through prudence or working for themselves, rather than inheritance, and have different spending habits than their stereotypes.

Within this section of the population, though,there are a number of fascinating groups. They are fascinating not only because of their attitudes, behaviour and spend, but also because they are relatively rare, and very hard to reach, yet have a disproportionately large impact across a number of consumer industries.

We've recently spoken to a group of very high spending travellers, representing less than point one of a percent of the population. Most of them work, predominantly for financial and professional services, media and property. And though they're hard working, they still manage to find the time to take an average of eleven leisure trips each year, spending on average £25,000 or more per year on travel.

The representatives of this group might be few in number yet, like so many of those we speak to, their influence is disproportionately large. Many display maven-like behaviour, with their peers continually coming to them for advice. They can make or break an airline, destination, hotel, spa or treatment.

Of all the groups that we speak to, these Ultra-Luxury Travellers are among the most difficult to reach. They are acutely aware of how valuable their time is and a cash-incentive equivalent would bankrupt most agencies. Traditional methodologies do not work.

My personal background is in private banking, where you are made or broken by the relationships you build with some very sensitive people. Trust, confidentiality and servitude are just some of the requisites that we've transferred to the fieldwork arm at our agency.

We've been able to build relationships with some very reclusive people and their networks. All have to trust that we are genuinely interested in them, their attitudes and opinions, rather than selling to them. Given their financial situation, they are continually being bombarded with sales material and have built up instinctive barriers against brands trying to reach them. The sensitivity and damage surrounding sugging (see the AQR glossary on its website for definition), for example, is most acute among these niche audiences.

The majority of the Ultra-Luxury Travellers are aged between 35 and 54 (64%), and are predominantly male (67%). They have a voracious appetite for new destinations, with some actually having a physical wish list of places they want to go to. The list is generally populated by recommendations from friends as well as magazines such as CN Traveller.

So, how will this group have enjoyed their Christmas break? Well, they will have flown business or first class to top class hotels. This group likes to stay in accommodation that is new or exclusive. So, though 36% will have stayed with a luxury chain (where the brand can assure them of the required amenities, service and comfort), another 57% will have preferred boutique hotels.

The Caribbean is the favourite destination, particularly Barbados and St Barts. The US is still popular, mostly for skiing but also the well-known cities. Within Europe, France maintains its attractiveness as a skiing destination, followed by Switzerland. Switzerland is popular with the Ultra-Luxury Traveller in part due to its reputation as one of the world's wealthiest countries, along with the positive association with the Private Banks.

The individual ski resorts mentioned most frequently were Courcheval, Zermatt, Klosters and Val D'Isere. Though skiing is the most important activity, spa facilities are an equally important feature of the hotels that they stay in (much more so than gyms, beauty salons or personal trainers).

And what can we expect in the New Year? Well, the group often complain about the travel experience and say that their holidays don't start until they arrive at the destination, rather than when they arrive at the airport. As a result of this, and the emergence of fractional ownership, private jet travel should continue to be popular. We're also expecting further changes within the travel sector, in both airports and airlines, as suppliers realise the opportunities inherent in meeting this group's expectations.

The findings in the above article have come from a combination of sources, including Ledbury Research's Millionaires Panel and Ultra-Luxury Traveller Panel. 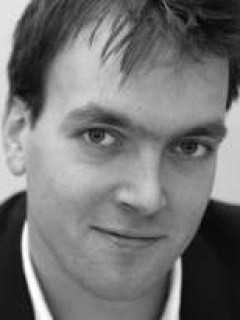