Ethnography in the public and private sectors has come of age, so why a theory/practice split?

At the end of the Ethnographic Praxis in Industry Conference (EPIC) 2005 — a recent gathering of qualitative industrial researchers in Seattle — Marietta Baba, a professor at Michigan State University, delivered a rousing closing keynote culminating in a standing ovation.

What inspired such an uncharacteristic rapturous outpouring? In part it was her amusingly charismatic style, but she also captured a moment whose time had come. She observed that because of anthropology’s historical connection to various imperialist projects, an unhelpful apartheid of sorts has developed, where scholars are the bearers of ‘theory’ and practitioners the bearers of, well, practice.

The parallel with race is deliberate, as there is a presumed essentialism in this divide between practice and theory, which she showed to be more artifact of history than necessary essence. This mutual suspicion and ‘other-ing’ between the academy and private/public sectors did not take place in earlier times, nor does it now in parts of the world still ‘other-ed’ within wealthy universities.

Given the historically-produced circumstances that keep the two sides apart, what, she and others asked, would industry-based theoretical knowledge look like? What would it mean to break down the apartheid?

Baba’s polemics are more than entertainment. The zeitgeist that resonated throughout EPIC suggested that ethnography in the public and private sectors has come of age, and that with maturity comes the responsibility to question this theory/practice split. That is, continuing to practice as if theory were something that came from over ‘there’, from our colleagues in the academy with unpronounceable continental surnames, is no longer good enough.

As graduate students we are trained to aspire to theory, and we know it as theory because it has a particular genealogy. Although industry people are often excluded from academic conversations, we are not liberated from our responsibility to leave, as Baba puts it, “an intelligent, responsible, and lasting contribution that tomorrow’s anthropologists and ethnographers will be justly proud to claim as our legacy to them.” Such a legacy is likely to be made up of understandings about people’s social worlds. In fact, it probably looks suspiciously like theory.

There is theory underwriting every conversation we broker between client and respondent. To fail to interrogate our own epistemology — to understand where it comes from, to whom it is significant, and who/what it leaves out — means these conversations are controlled via assumption and neglect.

As another speaker, Nina Wakeford (Director of INCITE), argued, without this interrogation we perform a ‘God trick’ — a promise of a vision from everywhere and nowhere that in the end presumes a false objectivity.

Good ethnography helps people understand others’ points of view — the situated-ness and partiality of life that make things meaningful. To claim it as life’s CCTV deprives it of its greatest strength.

I am not suggesting, nor, I think, did the various speakers at EPIC, that a sudden rise in academic aspirations will necessarily do us any good. Indeed, it is possible to read into these calls for a theoretically challenging practice a nostalgia for the person many of us thought we would become. A similar nostalgia is ironically just as rampant within UK universities, now dominated by a private sector management ethos.

Industry-based ethnography, however, can ill afford to neglect the legacy-leaving person we once aspired to. Here is why. There was a time when ethnography was esoteric. Indeed most of the job was convincing companies that something could be gained from a better understanding of social context.

Ethnography is now fashionable, but this is no reason to get comfortable. If we fail to continue to challenge people, in the way that the elevator pitch about the value of this wacky ethnography stuff once did, then we risk directing our profession straight towards a bubble. That is, if industrial ethnography is to be more than a fashion, it has to evolve, producing the same eye-openings that made ethnography so valued in the first place.

Theory has a role in this — for example, sound theoretical knowledge can help to show how non- obvious research topics yield better understandings of the targeted market. As Kris Cohen, another speaker from INCITE, pointed out, in industrial ethnography there are often unquestioned assumptions about who has a valuable point of view about a product. Theory can help undo these.

Just as the ‘ethnography is important’ conversation secured a foot in the door, however uneasily, if the market is to continue growing we shall increasingly find ourselves in difficult conversations with clients about what ‘social context’ really means.

All of this begs the question: theory of what? What is worth having a theory about and how should it be represented? As industry ethnography begins to incorporate an increasingly diverse set of practices, this is going to be one of the most challenging, but necessary, conversations to have. 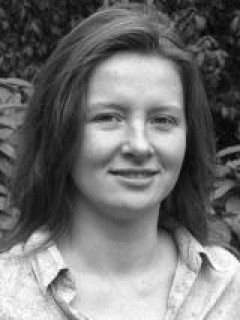