What future do pensions have?

Some debates are big, others mega, and that’s about the size of National Pensions Day.

One Saturday in mid-March over a thousand people gathered in six cities across the UK for a day-long debate about the future of the nation’s pensions system. They came to Belfast, Glasgow, Newcastle, Birmingham, Swansea and London, and were linked by satellite to share their views and findings. It was the largest deliberative consultation event of its kind ever organised in the UK, involving facilitators, logistics staff, technical staff, satellite vans, and numerous film crews.

What was it all about? Well, the Department for Work and Pensions (DWP) organised National Pensions Day as part of its consultation into long-term pensions reform. It used the broad framework of the Pensions Commission’s report and recommendations as the basis for discussion. The findings of this consultation will help the Government understand the public’s views and inform its decisions in the White Paper to be published later this spring.

Pensions reform is a complex area and making decisions about how we pay for our retirement involves hard choices. It is a key issue for the Government and the DWP wanted the public to have its say before making any further recommendations.

We decided on a deliberative method to allow participants firstly to learn about the issues and the trade-offs and secondly give them plenty of time for informed discussions about the issues. Using a variety of qualitative and quantitative tools we aimed to deliver useful data and insight for the client, as well as making the day informative, interactive and fun for those taking part in the six-city debate.

The day’s debate was peppered with presentations, videos, competitions — materials all devised and created in collaboration with the DWP — to aid the process of education and understanding. Deliberative polling exercises using keypads and the nearly instantaneous results helped maintain the participants’ concentration. They also allowed researchers to measure how greater understanding shifted attitudes. The detail of the discussions on each of the tables was captured by facilitators on laptops so that this could then be analysed back at base.

By 4.30pm, each participant, VIP and journalist had left with a report detailing the initial quantitative findings of the day’s deliberations. These reports were produced by a team of analysts who gathered data and evaluated the findings from the six venues to create a national picture.

Rigorous project management was essential to the venture’s success. Not only was the scale of the project enormous, but the entire process was conducted in the public eye. The day was hosted by Secretary of State John Hutton, with other Ministers attending, engaging with and presenting information to the participants as well as listening to the debate.

Other VIPs included Cabinet Ministers Patricia Hewitt and Peter Hain, The Pensions Commissioners, various pensions stakeholders, and representatives from think tanks and consumer organisations. The events were followed by the media — and were reported throughout the day on the national and local news, with pictures and interviews from the six venues.

National Pensions Day was the central event of a larger consultation which started with two regional events. These enabled us to test materials and technology for the big day. In all, over one thousand members of the public — a cross section of society — represented the nation in our events.

To reach a wider audience, Opinion Leader Research developed a resource pack that would enable stakeholder organisations to conduct local deliberative events. Similar materials were also used for the online deliberative debate, thus allowing others to contribute. All the data from these events will be analysed for the Department for Work and Pensions.

This is the second time we’ve conducted a deliberative research project on this sort of scale; building on almost 15 years of experience of citizens’ juries and citizens’ forums. The first, in October 2005, we called a Citizens’ Summit. It was devised for the Department of Health’s “Our health, our care, our say” White Paper. It may be, in effect, that this signifies the beginning of a new type of relationship between the public and government.

We believe that consultations of this type, feeding into government policy, will help demonstrate the government’s commitment to engage with the public and give citizens a real chance to have their say now and in the furure.

Our work on the recent Power Inquiry, which looked into the workings of our democracy and how to increase political participation, found that the public wanted a government which is accountable, open, listening and responsive. Engagement events like this — which allow large numbers to parcipitate and share their opinions — will help to empower the public and re-connect them with the process of government.

The public at the Department of Health event supported this view. Some 94% of participants agreed that they had had their say and 96% thought that events like this should be conducted on other topics in the future. There seems to be a mood change in Westminster, too. At the end of last year Patricia Hewitt said, “Serious engagement between citizens and government is going to be part of the future of our democracy.”

Rachel Lopata
This article was first published in InBrief magazine, May 2006
Copyright © Association for Qualitative Research, 2006 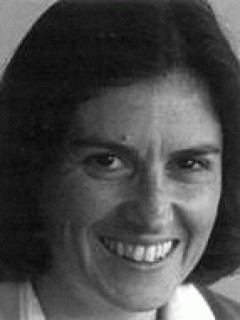