Working for the Welsh Assembly looked like my ideal job: senior researcher (Poverty and Social Exclusion), and a chance to impact on decisions that affect people’s lives. Then there were the mountains, the coast, Pembrokeshire just a few hours away. I knew it wasn’t going to be easy, since I was moving from a local government backwater into a Civil Service bureaucracy, even if it was one with the radical vision of ‘Wales: a Better Country‘. Nine months later, it’s time for a stocktake.

I quickly realised that my main role is to commission and manage research on behalf of policy colleagues. Although narrowly focused, this can be interesting, and is important in fulfilling our aim of ‘evidence-based decision making’. My wider ambitions, to influence strategic research and carry out an ethnographic study of a disadvantaged community, are having to be put temporarily on hold.

I’ve had most difficulty (apart from finding my way back from the coffee bar at the start, down identical wood panelled corridors) with the administrative systems and record keeping. I am slowly, by constantly asking people, learning the correct procedures.

The positives have included the chance to take part in debates at a national level (ESRC Social Justice Seminars) and local seminars with experts in their field (such as John Goldthorpe and Richard Wilkinson.) Many colleagues seem to really care about the issues. The other big positive has been the quality of life. Last weekend I was kayaking around Puffin Island, North Wales; a few weeks earlier I was lucky enough to watch the sun set over a silvery sea in St Bride’s Bay, Pembrokeshire.

Is it possible for companies based outside Wales to successfully bid for work here, or is it all ‘jobs for the boyos’? Well, MORI and NOP (among others) have landed contracts here. More than that, submissions by companies which can bring expertise and innovative approaches are positively welcomed. You do need a certain amount of background knowledge, and to understand some procedures.

I work for Social Justice and Regeneration, as part of a small research team. We deal with such issues as housing, crime and safety, substance misuse, and the voluntary sector. My brief includes crime and safety, migrant workers, refugees and asylum seekers. Much of the work is evaluative, looking, for example, at the impact of anti-social behaviour projects. The methodologies are often mixed, involving small scale surveys, semi-structured interviews, and observation. Some proposed studies include ‘purer’ qualitative methodology, such as a study of public perceptions of asylum seekers and refugees.

There are two stages to winning a contract in Wales. First, you have to be invited to tender. For this, you have to be registered on the Sell2Wales website (www.sell2wales.co.uk), though there are a few exceptions. Registering is free, simple, and you don’t have to be based here. You’ll also get notice of forthcoming tenders.

The second stage is to win the tender competition. The criteria are the same as for any Government Department: value for money (not just cost) and technical competence. Detailed criteria will vary from one tender to another.

The Welsh Language requirement should not be a barrier. Most reports do have to be bilingual. That’s easy: you just hire someone to do the translation and pay them at Assembly approved rates. You may also need to conduct some research in Welsh, depending on the target group, and the geographical area within Wales. You will need to be able to conduct interviews in Welsh if someone requests this. You would generally know in advance, and can hire a local translator/interviewer.

One of the challenges for me is to persuade colleagues of the importance of a specifically Welsh dimension to qualitative research. I think there are two reasons for advocating this. Firstly, it’s an identity issue. There seems to be a distinct Welsh identity (or identities), part of which is a popular egalitarianism, a sense that ‘chwarae teg’ (fair play) is important.

Walk through the centre of Cardiff, and you’ll see a larger than life statue of Aneurin Bevan, founder of the NHS. Walk a bit further and you’ll see a memorial for the Welsh volunteers who died fighting on the side of democracy in Spain, and for Raoul Wallenberg, who saved 100,000 from the Nazi death camps. Secondly, there are the particular mixtures of objective factors, such as the loss of well-paid manual work in the Valleys, when the coal mines were closed, and the cultural responses.

The future for social research in the Assembly is exciting. Angela Evans, Chief Social Research Officer, is developing a strategy for research to include a strong focus on equality issues. It’s great to be in near the start of something and the more manageable size of Wales (population 2,903,085 at the last Census) means that the links between research and policy can be more immediate and relevant. 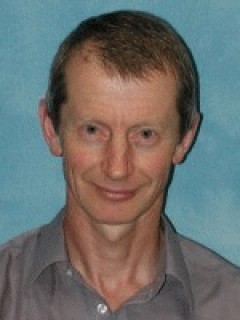