Your health, your care, your say

In a speech in June 2005, Rt Hon. Patricia Hewitt MP, Secretary of State for Health, outlined her vision for engaging the public in a debate about the future of care outside hospitals. Concerned about the decrease in democratic participation in general elections, she was looking for a different way of engaging citizens in complex decision making about critical public services ­ in her words, ‘we need to take democracy beyond the ballot box’.

She announced that the DH would undertake a major public engagement exercise to design the next stage of reform and improvement in the NHS and social care, leading to a White Paper on health care outside hospitals.

Her vision? Patients, users, the public and staff working together to design family health and social care to meet the challenges of this century and the changing expectations of patients and the public.

The DH wanted to engage the public on a scale and with an intensity never attempted before. The White Paper team’s intention was to revolutionise conventional ‘consultations’ ­ this would be citizen-centred and driven by their priorities and solutions to ensure increased levels of public engagement in the policy decision making process.

A programme of consultation was needed which would reach as many people as possible. But sheer quantity was not the only objective: DH wanted to ensure that a representative range of the general public was able to participate ­ not just the ‘usual suspects’ who attend open meetings or volunteer for patient involvement forums. In particular, research needed to access those whose voices are seldom heard, whose needs are often the greatest.

A range of techniques was used to achieve reach, depth and breadth, including questionnaires and a resource pack for stakeholder organisations to run their own consultations. But at the heart of the process were the deliberative events ­ extended qualitative sessions providing the depth necessary for citizens to really engage with complex policy issues.

The National Citizens’ Summit was the most high profile and innovative element of the consultation. Some 986 people were brought together from around England for a day of intense debate. An event like this had never been staged in the UK.

At the events, participants sat in tables of 10, demographically mixed to enable people to take account of perspectives which they might not normally hear. A facilitator guided the discussion, ensured that each ‘voice’ was treated equally, and recorded the discussions on a laptop.

The Citizens’ Summit included a wide range of innovative technologies. To track the qualitative debate as it happened, facilitators’ notes were fed via wireless laptops to a team who conducted ‘real time analysis’, identifying common themes which were fed back to participants by the lead facilitator. Polling key pads were used to give instant statistics on the public’s priorities.

Finally, a ‘Holding the Government to Account’ event was held, involving 117 people from the regional forums and the Citizens’ Summit. Ministers presented the White Paper proposals and participants discussed whether they reflected the consultation feedback.

Although there have been larger public consultations in the past, this model delivered both significant numbers of participants (more than 41,000 in total through the various different mechanisms) and real depth of insight and feedback through the qualitative discussions at the individual tables.

But did it make a difference? An independent evaluation was conducted to explore the impact of the exercise, in which policy makers identified a number of specific policies included in the White Paper because of the priority given to them by the public, including greater focus on mental wellbeing, more help for people caring for others, transport to medical services, and loneliness and isolation among older people.

In addition, the idea of an ‘NHS MOT’ was devised by the public in the regional forums and then added to the agenda for the Citizens’ Summit. This became one of the ‘big ideas’ in the White Paper and was picked up by the media on launch day. Overall, one policy maker suggested that as much as 75% of the White Paper content could be clearly linked to the feedback from the research.

The public agreed. Participants who took part in the ‘Holding the Government to Account’ event were asked about whether their input had been influential: 93% agreed that the DoH had listened to what they had been told and 72% felt the results of the consultation process had been influential.

The project also had a wider impact on attitudes towards public engagement across government and Whitehall. Our experience was that policy makers became increasingly confident about asking the public to debate difficult questions as the consultation progressed, and that the process convinced key civil servants and Ministers about the value of the approach. We see this as a significant achievement of the project, which is already having a noticeable effect on the way in which government departments and agencies commission public engagement projects.

The last word should really go to the Secretary of State, Patricia Hewitt: "From now on serious engagement between citizens and government is going to be part of the future of our democracy." 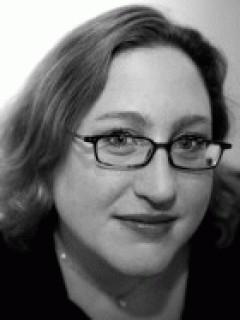 Liz is an experienced research practitioner with over ten years? in the industry. She has been involved in a number of high profile deliberative projects including Your Health, Your Care, Your Say team and Opinion Leader?s recent work for Ofcom on the promotion of food and drink to children.