Creativity is a state of mind

Kate Wafer emerged from AQR's Applied Creativity day with a bag full of new tricks, ready to take on the world

Everyone is doing it these days, from teachers to small business managers. Creativity has made it from government agenda to the coalface and the response is, well - fear. With such a strong connection in the UK between our understanding of 'creative' and 'arty', we often fail to see creativity as primarily a state of mind, and not an activity: "I'm not an artist: I can't be creative".

At my company, several clients are within the cultural sector, an area many assume to be inherently creative. Yet managers here can be as wary of creativity as anywhere else, perhaps more so, since creativity is seen as the preserve of those making work for the stage, or for the walls, rather than management or marketing. Some new techniques for getting people to think outside that box might come in handy.

So, fresh from the AQR Applied Creativity day and armed with a bag full of new tricks (and a lot of post-it notes), I arrived to facilitate a workshop. What better way to test the value of a course? Although a certain amount of imprecision might be the essence of creativity, there's no place for it in setting out parameters. As ever, well-defined objectives or a clear problem statement yield the best results.

I suggested they make assumptions to clarify the starting point, and encouraged them to mine the impossible. However, if the problems were to be defined in the session, clearly more time was needed to ensure all the statements provided fertile ground for idea generation.

As qualitative researchers, our interpretative and editorial skills tend to be finely tuned. Although we need to be wary of wanting to close down the options in a creativity session too quickly, I was interested to see how important that evaluation and selection function is in effectively using creative techniques.

Getting the ideas out (so-called 'divergent techniques') is just the start. Picking the best, most exciting or workable ideas ('convergent techniques') is of equal importance. The course suggested a matrix for defining ideas as 'now', 'how' or 'wow', according to how innovative and deliverable they are. This worked particularly well when it came to assessing a large number of ideas.

So, did the course pass the field test? The atmosphere was more positive, the ideas were generally more inspired and the conclusion was a sense of shared achievement among the group. Result. I'm looking forward to trying some of the other techniques. Now, how might Spiderman deal with that problem?

This article was first published in InBrief magazine, May 2007
Copyright © Association for Qualitative Research, 2007 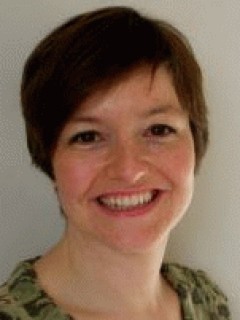