The impact of this year's torrential downpours on suppliers and consumers has been dramatic. Among the retail losers, there are few surprises. Food stores saw sales drop 1% - the biggest month-on-month fall since August last year - as customers shunned summer goods.

In July Magners cider maker C&C started weeping into its brew, blaming the extreme weather for an 'unexpected' decline in sales, expected to cut interim underlying operating profits by over a third. Kingfisher, meanwhile, which owns the B&Q DIY chain, reported that demand for outdoor and garden products in the 10 weeks to 14 July had fallen by a fifth - and who can blame consumers? Particularly if their gardens were under a foot of water.

Even sportswear companies have not proved exempt, with JJB Sports looking at worsening sales in the 24-week period up to July. And no crystal balls are needed to work out what the consumers have chosen to spend their money on.

Umbrella maker Ibrolly.com supplies umbrellas to blue chip companies and reported a jump in sales, with clients multiplying their orders for events because of the unseasonably wet weather. Order levels were up 150% compared with the same period last year. Hunter wellies have also never sold so well, and outdoor retailer Blacks has capitalised on the rainy conditions with an upturn in sales. Nothing to do with Glastonbury, of course. And then there's the great escape. ABTA reported that bookings in June and July compared to the same period last year were up by 40%. Travel agent directline-holidays.co.uk revealed a 150% increase on summer holiday bookings in 2007.

So how are we coping with it all? There are no reports of an increase in SAD symptoms, mainly because temperatures have remained relatively warm. But what about SWISS? According to some parts of the press, this is a new syndrome brought on by the appalling weather. SWISS stands, apparently, for Symptoms of Winter in Summer Syndrome. The evidence? An increasing number of people with summer colds and flu brought on by the weather - quite severe colds lasting two to three weeks.

And finally, despite the cancelled sporting fixtures, and although the wet summer is blighting many crops and threatening to send the price of fish suppers soaring because of submerged potato fields, the sogginess is being welcomed by a farmer on the edge of Dartmoor in Devon, where it has led to a bumper crop of juicy blueberries. Maybe every cloud has a silver lining. 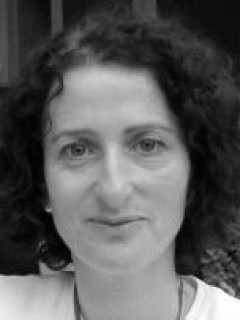