Changes at the top

There is much talk of the special relationship between the UK and the US, but just how far can it be stretched?

As the United Kingdom continues to get used to a new Prime Minister while Americans enter their election season, thoughts understandably turn to how these factors will affect the relationship between our countries.

Obviously, there will be some adjustments of political directions and positions. Nevertheless, can anything so fleeting as differences on a single or several foreign policy issues disrupt the enduring Brit-Yank relationship?

Hardly. We simply share too much — and not just the experience of beating the Kaiser in the Great War and smashing Hitler in the Second World War.

The shared literary heritage counts for a great deal. The cadences of Shakespeare, the King James Bible, the Romantic Poets, and Bloomsbury beat as profoundly in American hearts as they do among the British. Americans admire traditional British institutions. Parliament, the Anglican Church and even the Royal Family receive more than their fair share of honour and respect in America.

Our common popular culture also guarantees that the UK and US are deeply embedded in each other. Music, media, books, theatre and fashion seem virtually indistinguishable on either side of the Pond. For those of us who are frequent visitors to Britain, London sometimes seems like another New York neighbourhood — just a little beyond Brooklyn and Queens.

More significantly, we are both affluent and highly diverse societies struggling with the difficulties of integrating our recent immigrants, confronting our colonialist heritage and managing the threats of terrorism. 9-11 and 7-7 are iconic dates that have become sadly emblematic of our shared fears and foes.

The British share of the American heart, however, is not exclusive. We also have strong feelings about several other cultures that have helped to shape our institutions, such as the French, or that have contributed important components of our population, such as the Italians and Irish. There are several other nations that have stood with us consistently in our battles such as the Australians and the Poles.

Can the UK-US relationship be stretched infinitely? Of course, it cannot. Some red lines should not be crossed because they will cause significant numbers of Americans to question their ties with the Brits. One such recent example is the effort by some elements in the British academic community to boycott Israel. Most Americans regard Israel as a threatened ally that deserves some degree of protection and indulgence.

A boycott of the world’s only Jewish state evokes memories of German anti-Semitism in the years preceding the outbreak of war. Continuing efforts in this direction would certainly lead Americans to question British traditions of fairness and justice.

Nevertheless, barring anything this extreme, we can trust the UK-US relationship to endure powerfully despite shifts in political stances and leadership. 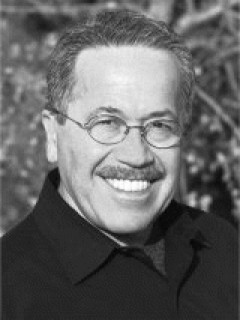