When Sid Perks starts talking about putting patio heaters in the Bull beer-garden you know you have to be looking at the beginnings of a cultural paradigm shift in middle England (or at least, us Archers addicts do). But you don’t have to follow events in Ambridge to see and feel the cultural effects of the no smoking ban throughout the UK and Ireland.

In fact, patio heaters are now becoming a standard feature of the semiotics of eating and drinking in Dublin, just as they are in other cooler climates that nonetheless manage to foster and enjoy an outdoor café society, such as Sweden and Denmark.

In other words, the ban is forcing a habit change which, in turn, is bringing about a new attitude and creating a new cultural framework for pubs and restaurants. The new framework, of course, will change expectations so that, in time, the behaviour will feel quite natural. Because that’s the way it works. It’s a kind of base and superstructure: social/legal developments come first and culture is the phenomenon thrown up by the new social situation.

This is not the first time this kind of semiotic revolution has hit the pub trade in the UK. Hanging baskets did not simply materialise as an effect of the booming garden centre industry, although that undoubtedly had something to do with it. All those trays of Bizzie Lizzies and trailing petunias had to go somewhere. Beyond that, however, the development of the pub as retail concept ground created a quite different cultural space which demanded a new kind of décor.

The gastropub, the family theme pub, even the local ‘food served all day on a Sunday’ pub needed new codes to differentiate them from the old style, very male establishments they used to be. You must remember: the food offer was confined to a packet of crisps or pork scratchings, while wives and kids were banished to a cold ‘family room’ — or an even colder bench outside.

The ban hasn’t had an even effect on the eating and drinking scenario, however. Edinburgh doesn’t seem to have transformed itself into a pavement culture in the way Dublin has. You could always sit outside on the Royal Mile but that’s an exceptional part of town.

Maybe it’s because, in general, the Scottish pub doesn’t seem to have had the exterior revolution seen in England. The rise and rise of the beer garden as family and eating ‘outside room’ created a physical space that could be thematically expanded to accommodate smokers. It is not that far a step from the hanging basket to the patio heater.

Or, then again, it may be because the outside and the inside are so very different north of the border that they have quite opposing cultural dynamics. The extreme geographical qualities of the Scottish landscape have developed an outdoor culture of energetic walking and climbing that doesn’t have much to do with the outside as just somewhere to be while you’re having a pint and a stovie. And a fag, of course. The inside is where you go for the drinking, eating and company. And going out for a cigarette is a rational, realtime interlude. In contrast, when the Irish ban came in, so many of the pub clientele were out on the pavement that all the non-smokers came out to join them. It was much more fun. In Ireland’s clubland, the ciggie posse were also branded with the word SMOKER to allow them to get back in after fag breaks.

Such branding has a further semiotic dimension. If anyone lights up in television or film drama it’s now a signifier of a baddie. But you can’t use that code on stage! Mel Smith, appearing as Churchill during the 2006 Fringe Festival, was informed in no uncertain terms that the whole Assembly Rooms crew would walk out if his character lit up Winston’s trademark cigar.

Talk about reworking culture as a result of legislation.

This virtual threat became actuality in the recent tale of the guy so infuriated by his local big-screen sports pub switching from cricket to footie that he lit a cigarette in protest. The landlord pressed the panic button — and the place was invaded by a squad of police in full riot gear. You couldn’t make it up.

Philip Morris in New York’s JFK cunningly appropriated the no-smoking ethos for a piece of deconstructive publicity never intended by the legislators. Whereas in most airports the smoking areas were horrid little cupboards tinged yellowy grey (which had the effect of making all the occupants look somewhat furtive) the Philip Morris Marlborough lounge had warmly upholstered armchairs.

The walls, moreover, were covered with pictures of iconic jazz legends all, of course, puffing their heads off. Smokers were then elevated to this rare company by the osmosis of identity; forming an imaginary bond, for the duration of the smoke, with the likes of Dexter Gordon, magical sax in one hand and wispy cigarette in the other.

A final thought on the cultural and semiotic effects of the smoking ban: in the hot, in every sense, atmosphere of the smoke-free club, a whole new sensual experience has emerged. The heady mix of music, light and alcohol hitting minds and limbs now also includes a hefty chunk of pheromones (and sweat) previously masked by smoke. Maybe this will result in Sid putting deodorant vending machines in the Bull loos — or maybe it will engender another serious paradigm shift, this time in the way Brits feel about their bodies. 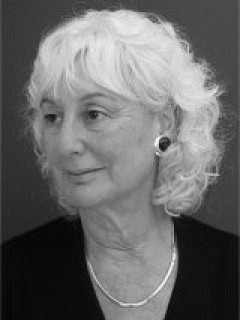 Virginia 'Ginny' Valentine (d. November 2010), was widely recognised for her work in introducing semiotics to the UK market research industry back in the 1980s.