Interesting as it often is, much of the ‘big thinking’ in our industry can get lost in the anonymity of the big conference format: another day, another slot, another paper with limited time and opportunity to debate the issues. That is, if you can afford the time and money to go in the first place.

Enter an AQR event last November with a very enjoyable and accessible format: half a day (morning and lunch) of inspired thinking, shared by the thinkers, in an intimate, interactive environment that proved perfect for a session of this sort.

The event was the first of its kind, prompted by papers that had been shared by AQR members at the annual QRCA conference over the last couple of years. So for those who couldn’t get to Atlanta in 2006 or to Vancouver this year, access to the information was now just an Oyster Card ride away. . . .

There were five slots in all. The two sessions pre-coffee were hot off the Vancouver press (Caroline Hayter Whitehill and Chris Barnham), while those post-coffee were the ‘thinkers’ from 2006 (Kevin McLean, Geoff Bayley and Nick Southgate).

The point of all the papers was to demonstrate new thinking in qualitative research together with its application and, although not necessarily intentional, there was a theme running through the day.

Caroline helped to make marketing sense of the whole neuroscience debacle by demonstrating the implication of ‘hardwiring’ to brand development and communication. She explained how the initial experience of brands becomes the hardwiring through reinforcement and can be very hard to shift.

By using the example of McDonald’s, which has faced an uphill struggle to create a ‘healthier’ image, she argued how it is far more appropriate to work with the hardwiring than try to change it. As qualitative researchers, not only can we help to identify the hardwiring of a brand, but we can also contribute to evolving it in a more contemporary and relevant way.

Chris’s more philosophical thinking on brand communication invited us to rethink the way in which we question consumers about brands — that we should be asking more about how a brand is ‘being’ than what it is ‘saying’.

His thinking is based on the premise that the brand is no longer the simple ‘sender’ of the brand owner message, but an ‘experience’ in itself. He went on to describe how that ‘experience’ can vary according to the nature of the context and the receiver (the consumer).

Chris used the example of pop up ads on the internet and how, in such an instance, many brands are ‘being’ irritating whereas, in other contexts, those same brands may be ‘being’ more engaging. This is obviously important for a brand owner to understand but a factor that is unlikely to emerge if we just focused on what the brand is ‘saying’.

As a passive observer of developments to the McDonald’s brand, one of the issues has been the lack of consistency in its execution. It’s a classic example of a brand trying to ‘say’ one thing, but where experience of the ‘being’ is dissonant.

Kevin and Geoff aired their cases for a more fluid approach to ‘doing’ the research. Kevin, for his part, highlighted the liberating and rewarding benefits of adopting a more conversational approach with consumers, contrasting it with the limiting and very rational ‘Question and Answer’ style sessions that qualitative research is so often pulled towards.

Geoff explored this thinking further in his grievances over the discussion guide. He acknowledged that guides are invariably written to demonstrate to clients that we understand the ‘issues’ (and as a checklist for ourselves), and that few moderators would ever adhere to it during a session. The very term ‘discussion guide’ conflicts with the free flowing and unscripted format that makes for great qualitative research. Inevitably, it will be one sided when it is scripted and only you hold the agenda.

Debrief as a ‘funeral’

Finally, Nick called for a more upbeat and collaborative approach to the debrief. In his inimitable way, he likened the typical debrief to a funeral — the ‘sermon’ delivered in a formal setting to provide ‘closure’ (the panelled boardroom, the suits and ties, the various attendees that you have never seen before). In so doing, he urged us to consider the role of the debrief as the continuation (if not the start) of a journey.

These latter sessions sparked the familiar debate of great theory vs practical opportunity (clients may talk about change and express their desire to do things differently but are notoriously traditional when it comes to the crunch. Or to continue the theme, their ‘hardwiring’ on qualitative research has a tendency to be entrenched).

We were, however, left in no doubt about the relevance of the thinking and how, as a community, we could be working harder to help evolve the client hardwiring on qualitative research. Discussion ensued around the achievable step of a shift in terminology — inevitably, perspectives change when we shift language from ‘interviews’ or ‘groups’ to ‘talking’ or having ‘a conversation’ or from the ‘debrief’ to a ‘workshop’.

It’s true that we were a select band on the day, but it made for a punchy, intimate, very accessible format — and one that represented very good value for money. The food for the brain, combined with the food for body — we all left a little overstuffed with sausages and mash (one of two recurring themes in this issue: Ed) — made for a stimulating and satisfying half day conference. Let’s have another. 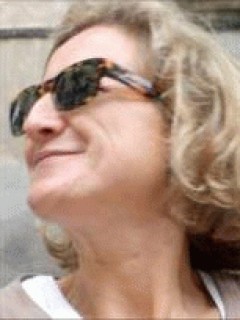