How Green is our valley?

The Republic of Ireland bit the bullet last March – so when’s the UK going to follow suit? We’re talking plastic bags here, a topic that even our Prime Minister has woken up to.

Last November he announced that he was convinced “that we can eliminate single-use disposable bags altogether in favour of long-lasting and more sustainable alternatives.” The Government is to convene a forum of supermarkets to discuss how that could be done.

Reduce, re-use, recycle. It’s the mantra of the world of ‘waste management’ (rubbish, in other words). We’re urged to reduce the amount of waste we produce in the first place, re-use anything we can, and then recycle as much as possible of what’s left.

It’s not rocket science, but it does require shifts in both attitudes and behaviour. So how are we getting on and what needs to happen to improve things?

Recycling is the area where we’ve made most progress, largely as a result of improved communication at national and local level. Many of us do not question why we should recycle — we just see it as the socially responsible thing to do.

There is, however, a vocal minority who doubt whether recycling does any good at all. They tend to be cynical about Government motivations, and are worried that the approach being taken is just shifting the problem away from our shores, as evidenced by tales of ships taking waste paper from the UK to be burnt in China. It’ll take more than a couple of Eddie Izzard commercials to convince them.

But back to that hot topic: plastic bags. Should the government legislate to make all retailers charge their customers for them? They need only look across the Irish Sea to see how successful it has been in Eire. Here in the UK, retailers have been treading gently, anxious not to alienate shoppers. Increasing numbers of us now take our own bags when we do our weekly grocery shop, but it’s still rare for high street or top-up shopping. If we had to pay for every bag we’re given, we’d quickly get into the habit of always having one with us, in our handbags or car boot. Any resentment would be short-lived, a bit like it was when wearing seat-belts became compulsory — we know it makes sense.

It may require more training in-store, as there are still plenty of sales assistants who automatically give bags away. But I’m confident that by the time I’m drawing my pension, asking for a plastic bag in a shop will be as socially unacceptable as lighting up in Church . 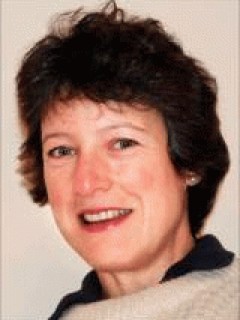