Justin Gibbons discusses why Web 2.0 will mean qualitative researchers will have to shift from being extractors – to editors – of information

Web 2.0 may get all the press, but it’s undoubtedly part of a bigger beast. I prefer to think of media 2.0 to describe the bundle of interconnected dynamics which are transforming the media environment we live (and work) in.

For anybody in communications, marketing or research, this represents a rather Dickensian best of times and worst of times, when we have to re-evaluate what we know, embrace an undefined future and somehow keep true to first principles to avoid being exposed, strutting like peacocks in the Emperor’s new clothes.

So what is going on under the skin of media 2.0? A number of things: increased choice, increased control, personalisation, two-way communication and community. And we see this across the media spectrum. Sky+ makes sense of Sky’s 500 channels by putting the viewer in control.

The resulting change sees viewers creating their own schedules, cherry picking from channels they didn’t know about before, staying loyal to series they used to drop out of and dipping in and out of advertising on their own terms.

DAB (or digital radio) offers enormous choice nationally, and is beginning to deliver digital interactivity which will allow Sky+ style recording. DAB gets really exciting when the return path is up and running and people can communicate with the radio stations via their web-connected digital radio.

Other traditional media are playing a slightly different 2.0 game. Newspapers and magazines are embracing the web as more than just another channel for their content. Gone are the days of editorial pages being crudely dropped into html and served. Content-rich media are expanding their role in their readers’ lives via interaction, involvement and community generated content.

A quick surf around the Guardian’s website will reveal blogs, chat threads, content submission, email the writer, competitions and rankings. None of which appear in the paper version, and all of which help drive the kind of loyalty that makes the site more inhabited than the paper parent. Add in mobile and digital outdoor, and the reach of media 2.0 extends out of home offering time and location-specific content, localised downloads and, via 3G, a raft of front room content while you are on the bus in the morning.

Which brings us to the web. There is no doubt that it has changed from information deliverer, but to what? Teenagers will say it is social glue, small business will tell you it’s marketing, pensioners see it as a window on the world. What they all have in common is experiencing the power of the network.

Metcalfe’s Law, that the power of a network is the square of the number of nodes (one fax is useless, two is useful, three is twice as useful as that …), is what makes the web amazing and unexpected. It would have been hard to guess that some of the most popular websites in the world would be a free encyclopaedia written by its users, a site where you can buy old rope from strangers in Ohio, and Facebook which allows you to, erm … poke your friends?

Anyway, enough about media, what does this all mean for the marketing business? The most profound change has to be consumer power; the power of choice and increasingly the power of control. Digital media is non-linear and (relatively speaking) easy to control. We are seeing massive amounts of non-linear media consumption; be it the growing group of people watching on-demand channels, downloading content over the net or time shifting via their Sky+ box. This makes for audiences who are engaged on the one hand and fragmented on the other.

And, of course, with youtube et al, the viral spread of content is now far beyond the control of the producers and official distributors. Consumers have never had so much access to media, from music to modern art reviews, so much so that they have had to develop their own coping mechanisms. The influence of google is just one way in which people are turning to a new type of editor to filter the Niagara of supply.

Research finds itself at the nexus of this changing world, caught between an empowered consumer and an anxious marketing department. The campaigns we are developing have changed in many ways and we are no longer creating communications for a world where twenty five million people watch the Morecambe and Wise Christmas Special.

It’s not just communications that are affected; brands themselves are being created in new ways and at a new, faster pace. Transparency is probably the biggest factor; consumers know more than ever, information flows more freely than ever, and brands are rising and falling on the current of consumer opinion more than they ever did.

Research is grappling with the structured, controlled corporate communication of the old world and the naked, user-generated conversations of the new. In some ways, consumer opinion has never been easier to access, via blogs and chat rooms, and yet it has never been so hard to unpick the complexity of all these unleashed voices.

So what will research 2.0 look like? Most fundamentally, research practitioners will have to shift from being extractors of information to being editors. As we embrace the web, our filtering skills and analytical nous will be forced to the fore.

The other truth of the web is that numbers define the landscape and, therefore, qualitative research will have to be able to exist alongside realtime data. And, of course, researchers mustn’t throw the baby out with the bath water; focus groups, in home observations and expert depths hold their value, indeed in a time of change their value may be enhanced. 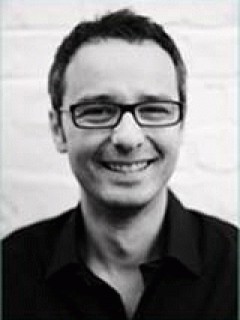 Justin Gibbons began his career at The Research Business, specialising in youth and trends research. He then defected, and spent a number of years working in advertising and media agencies. In 2005 he set up Work Research.