The selection of the American Democratic candidate may go to the wire, but what are the lessons for polling in the UK?

If Hillary Clinton hadn¹t gone from a 20 point lead to a two point deficit, the claim that she has been campaigning by numbers might have pleased her chief strategist, Mark Penn. As a dedicated quantitative researcher, his signature style is to ditch the political focus group in favour of a strongly numbers-driven approach that relies on his strategic acumen to get beyond the lack of colour that can come when all you have is reams of digits.

But as things stand, with the race unexpectedly close, Clinton¹s pollster is coming under scrutiny that British researchers can hardly imagine. As a key spokesperson for the campaign he is catching flak for Hillary¹s dry approach, lacking the emotional connection of her opponent and failing to capitalise on the mood for change that drove Barack¹s wins in 22 of the 36 states who have voted so far. Hillary remains very firmly in the race, and her recent decision to reveal a more emotional side has helped, but there is no doubt that things have not gone as planned.

Hillary¹s campaigning approach has been driven by a belief in the power of segmentation ­ an approach that has yielded results. Her strength with Hispanics and older-blue-collar voters have kept her share of the vote in the mid-forties, a very respectable figure. But Obama¹s targeting has been just as precise and his ability to motivate independents and young voters has been extraordinary.

In this intriguingly tight contest, two key things appear to have passed Clinton by in the early stages of her campaign. The first was the need to add softer character traits to her brand of hard-headed realism. She was too busy trying to elbow her opponent out of the way, by contrasting her strengths with his weaknesses to recognise that she needed to address her weaknesses too. The second was the sheer power of the Otime for change¹ message in a country where she is effectively campaigning for a Bush-Clinton-Bush-Clinton succession.

When your chief pollster believes that what people say in focus groups ³often time doesn¹t reflect their individual choices but tends to represent people going along with the group², it¹s harder to see where the insight will come from that allows you to get ahead of public opinion and not just measure it. It also means the language in your polling questions is even more important than normal.

As Frank Luntz points out in his book Words that Work, American voters respond in diametrically opposite ways on the issue of immigrant rights depending on whether they are asked should immigrants have the right to medical treatment, or should they be denied it. There is little that can match looking into someone¹s eyes as they express their view as a way of working out what they really think.

So, what does this pattern tell us as researchers here in the UK? The main message for us is not about how to poll, but how to use polling numbers. As researchers, we need to use the advanced quantitative techniques that have helped Clinton get as far as she has. But we also need to get close to voters and put the two sorts of information together. Clinton has appeared calculating, perhaps because her campaign has been designed on a calculator. 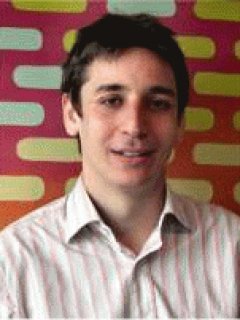